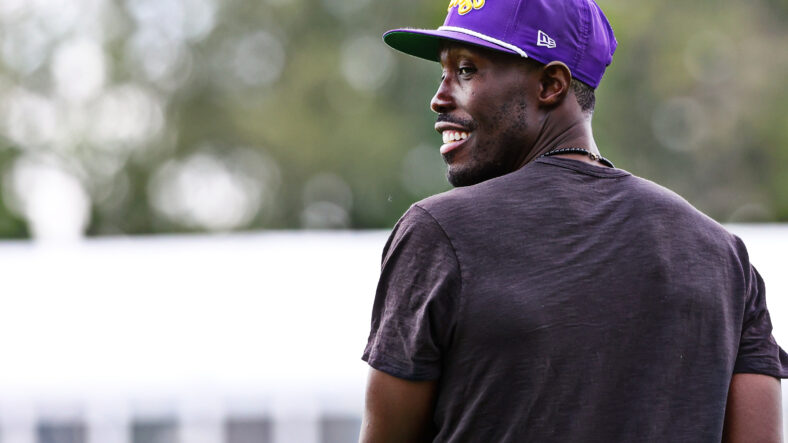 The Vikings missed the playoffs in back-to-back seasons and will surely try to get back to The Promised Land. However, the team only has so many resources.

The organization is committed to a ‘competitive rebuild’ and, therefore, invested in free agency. Signing defensive tackle Harrison Phillips appears to be a steal at this point, as he had a phenomenal performance in his first Vikings game against the Raiders. The other big signing was Za’Darius Smith. Coming over from the Packers, he stays in the division and is fully healthy now after missing all but 18 snaps during the 2021 season.

The roster still had a few significant weaknesses — especially the cornerbacks and the interior offensive line were liabilities. General manager Kwesi Adofo-Mensah addressed both position groups in the second round after surprisingly trading back 20 spots in the first round to select a safety. All three rookies are interesting picks and could have a big long-term impact on the Vikings. To determine who has the biggest impact, we’ll look at the three players first.

The top pick of the Minnesota Vikings 2022 rookie class, Lewis Cine is the first of Adofo-Mensah’s career and will forever be connected to the Vikings GM. The first selection of a GM’s career is always an important one. Cine appears to be a great talent. His explosiveness is top-notch. Only a handful of safeties in the NFL have comparable speed on the field. Cine is a hard hitter who is quick at diagnosing plays and always playing at full throttle.

The safety started next to Camryn Bynum in the Vikings’ first preseason game. Star safety Harrison Smith didn’t play. Rookie Cine flashed at times, especially his speed is outstanding. He’s always close to the ball carrier and ready to make a play. Cine simply appears to be a much better athlete, and his ceiling is a lot higher than Bynum’s. However, Bynum is having an excellent training camp and might even continue to hang on to the starting job for a few weeks.

At the very least, Cine will play a considerable role in packages with three safeties. One of the three would either replace the nickel cornerback or play as a linebacker in the box. But it’s more likely that Cine will start at some point.

Booth entered a cornerback room with 32-year-old Patrick Peterson on a one-year contract, Cameron Dantzler fresh out of Zimmer’s doghouse, and not a lot besides that. Chandon Sullivan is projected to play as the nickel cornerback.

One backup is fourth-rounder Akayleb Evans, who has a lot of upside but might need some development time. The next one is Kris Boyd, who is a solid backup but shouldn’t play too many snaps if the team wants the defense to be functional. Booth’s playing style is exciting. He plays with a lot of intensity and aggressiveness. At times, that can backfire and result in flags. He was called for two penalties on the same play against the Raiders. However, neither should have been called.

His athleticism is off the charts, and he just dropped into the second round because of his injury history. If he can stay healthy, the sky is the limit for the young cornerback. So far, Peterson and Dantzler are the projected starters but Booth is waiting for his opportunity and the rookie will certainly play a big role for the Vikings in 2022.

The Vikings have already addressed the hole at right guard in free agency. They signed Jesse Davis and Chris Reed to a contract. However, they didn’t stop there and added a promising guard in the second round. While former GM Rick Spielman selected tackles to play guard, Adofo-Mensah took a different path with his first offensive line pick when chose a true guard.

Ingram has the power to play against bigger defensive tackles and athleticism for the zone running scheme. He looked dominant in the first preseason game after checking in for a struggling Jesse Davis. Especially his pass blocking is outstanding. Second-round guards usually start, and sources tell VikingsTerritory that Ingram will start as the right guard. The rookie is a big piece of the Vikings’ offensive line in 2022 and going forward.

Fixing the offensive line in terms of pass protection is crucial for the Vikings in 2022, and the rookie guard will help that cause. There’s a good chance that Kevin O’Connell can work wonders for the offense, but only if the offensive line can keep defenders away from quarterback Kirk Cousins.

He’s one of the elite quarterbacks when the pocket is clean but is only average under pressure. The game tape shows it, and the stats prove it. With better pass protection and a new scheme, a production spike for Cousins and a boost for the whole offense are certainly possible.

In addition to the valuable contributions, Ingram has the best chance to be on the field all season, barring injury. He already beat out his competition and therefore can be an impact player in Week 1 while Cine and Booth might start on the bench. While Booth also plays at a valuable position that was a weakness in 2021, it’s uncertain if he can even be an upgrade over Dantzler in his rookie campaign. Cine’s explosiveness is intriguing, but the impact that Ingram will have on the offense paired with the chances to start in Week 1 gives him the edge over Cine, while Booth ranks third.

The Big 5 Personality Traits NYPD Psychologists use in Psychological Screening

Bears Trade for a Former 1st-Rounder

Reactions after Vikings Crash Back to Earth in Philly