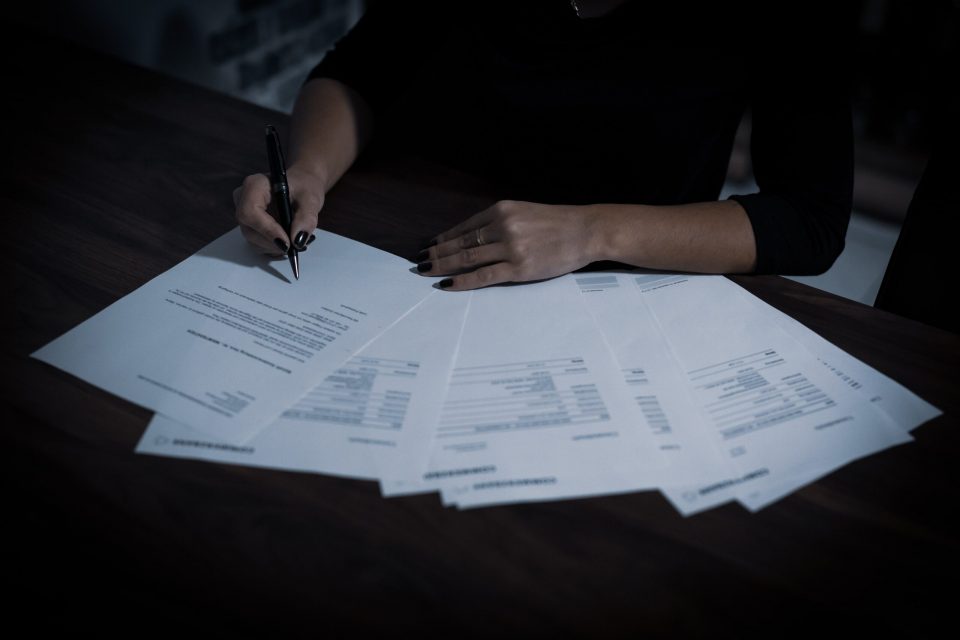 Louisiana Department of Revenue income tax auditors are increasingly proposing large assessments by misapplying a formula in a Department regulation (La. Admin. Code 61:I.1130(B); the “Regulation”). The Regulation is based on a statute designed to prevent deductions related to allocable and nontaxable income and contains a formula that purports to determine a percentage of a taxpayer’s assets that produce income not taxable by the state. Under this blanket approach, which doesn’t take into account whether the assets plugged into the formula are held to produce allocable or apportionable income (or whether they produce income at all), audit assessments result from a proportionate denial of expenses otherwise deductible by the taxpayer. In particular, in these audits, the Department incorrectly denies a taxpayer’s interest expense deductions by attributing, for example, the interest expense on acquisition loans or other expenses designed to produce apportionable income, to nontaxable income or to allocable income not taxable by the state. This approach ultimately distorts the taxpayer’s Louisiana taxable income. By incorrectly over-attributing a taxpayer’s interest expense to its allocable and non-taxable income through routine application of the inapplicable Regulation the Department is forcing taxpayers with multi-state operations into expensive and time-consuming audits.

Under Louisiana law, the state can tax its share of a taxpayer’s apportionable income as well as any income allocable to the state.[1] Louisiana cannot tax income that is allocated elsewhere or tax-exempt income, including interest and dividend income which were previously allocable income but are now no longer subject to tax after 2005 changes to Louisiana corporation income tax law.[2] As will be explained, the Department’s revisions to the Regulation to address the 2005 revisions to the taxation of interest and dividend income created many of the issues that now arise regularly on audit and are frequently the subject of litigation.

Before a taxpayer can determine its net allocable and net apportionable income (which ultimately compose the taxpayer’s Louisiana net income) it must determine its allowable deductions.[3] But “in computing Louisiana net income or Louisiana taxable income no deduction shall in any case be allowed in respect of any amount otherwise allowable as a deduction which is attributable to income which, for any reason whatsoever, will not bear the tax imposed by [Louisiana corporation income tax law].”[4] Louisiana’s law is analogous to Internal Revenue Code sec. 265 but, with respect to interest income, the Department, in its regulations, adopts the approach in the federal regulations under IRC sec. 861. IRC sec. 265 adopts the direct tracing approach for purposes of determining the amount of a taxpayer’s interest expense from indebtedness related to tax-exempt interest income, for which no deduction is allowed, and, only when direct tracing is not possible, turns to a formulary approach.[5] The Department’s regulatory mechanism, however, for attributing deductible income expense to allocable income is similar to the asset-based apportionment method in the IRC sec. 861 regulations. Under Louisiana law, before a taxpayer can determine the amount of its deductions to be netted with its gross allocable and gross apportionable income, the taxpayer must attribute a portion of its otherwise deductible expenses to its nontaxable income because no deduction for those expenses is permitted.

The Department, however, skips the direct tracing method entirely. Specifically, the Department’s Regulation adopts a broad asset-based apportionment method to apportion a taxpayer’s interest expense deductions to allocable and apportionable income, regardless of why the expense was actually incurred. In contrast, under IRC sec. 265, the use of an asset-based apportionment method to allocate interest expense to tax-exempt income is only permitted if the proceeds of indebtedness are not directly traceable to the holding of an instrument that produces tax-exempt income.[6]

The Department’s regulatory approach is based on the premise that money is fungible and as a result, unless an exception applies, a taxpayer’s deductible interest expense must be apportioned to all activities and property of the taxpayer regardless of the purpose of the borrowing.[7] For that reason, the Regulation provides that the interest expense attributable to total assets producing or held for the production of allocable income “shall be determined by multiplying the total amount of interest expense by a ratio, the numerator of which is the average value of assets that produce or that are held for the production of allocable income, and the denominator of which is the average value of all assets of the taxpayer.”[8] This approach has the unfortunate effect of over-stating Louisiana taxable income.

In addition to being inconsistent with the way the comparable federal legislation IRC sec. 265 is administered, the Regulation is not consistent with Louisiana law. The Louisiana statutory definitions of net apportionable and net allocable income mandate use of the direct tracing method, as recognized by the Louisiana Board of Tax Appeals in Ampacet Corporation. In Ampacet, the Board held that the statutory definitions for determining net apportionable and net allocable income, which rely on direct tracing similar to Code Section 265, must be applied before the Department’s Interest Expense Attribution Regulation can be considered. Other states with comparable state statutes patterned after IRC sec. 265 have also relied on direct tracing because it is appropriate under the rationale of these laws. See e.g., Appeal of Zenith National Insurance Corp. and Apple, Inc. v. Franchise Tax Bd. Nevertheless, the Department has continued to assert that the formulary approach in the Regulation applies to the exclusion of direct tracing methods even where the result is nonsensical. This is the crux of the problem and the approach, unfortunately, has resulted in a significant increase in litigation.

The Regulation states that the Department is decoupling from IRC sec. 265 and the statutory definitions of net allocable and apportionable income as necessary for the “convenience of computation” – but that is not for a compelling policy reason.[9] Certainly, the Department has no authority to discard the direct tracing method absent an amendment by the legislature that forbids the use of such a method for purposes of determining a taxpayer’s deductible interest expense.

Asset-based apportionment apportions an expense to classes of gross income by multiplying the expense by a ratio, the numerator of which is the value of assets that generate the relevant class of income of income and the denominator of which is the value of the taxpayer’s total assets.[10] As mentioned above, under the Department’s reasoning, interest on borrowed money is never susceptible of direct attribution to any specific income and must always be allocated with this formula. On audit, the Department routinely improperly includes assets that do not or cannot produce allocable income in the ratio’s numerator. Such assets include items like goodwill, technology (e.g., patents and proprietary technology), capitalized costs related to long-term customer contracts, licenses, advertising expenses, and covenants not to compete many of which generally do not produce allocable income except for example, where technology is licensed to third parties and produces royalty income. For example, taxpayer cannot sell a competitor the right to benefit from its advertising campaign or license its goodwill to another party.

Most of these assets exists solely because U.S. Generally Accepted Accounting Principles require a taxpayer to capitalize and amortize these expenses over time, as opposed to expensing these costs in the year they are incurred. Moreover, taxpayers incur these types of costs solely for the purpose of producing and selling goods or services, the sales of which generate apportionable income. These assets don’t belong in the numerator of the Louisiana interest expense attribution ratio. From a practical standpoint, inflating the numerator of the attribution ratio in this manner could, for example, result in the Department taking the nonsensical position that, in effect, a taxpayer incurs a large proportion of its debt to earn a miniscule amount of nontaxable and allocable income producing absurd and inequitable results.

Similarly, the Department, in light of the fact that dividend income is not taxable, will include investments in subsidiaries in the numerator of its regulatory expense attribution ratio. Investments are typically held for the purpose of ultimately producing net gains in the value of the investments, i.e., apportionable income. The Department has resisted determining whether investments such as these actually produce dividend income at all regardless of whether they actually do produce nontaxable or allocable income during the audit periods. Nevertheless, because dividend income is nontaxable, the portion of the interest expense to be disallowed must be determined based on the direct tracing approach required by the statutory definitions of net apportionable and net allocable income to determine whether the investments produce apportionable income for example, by selling products to customers.

In general, when a regulation imposes conditions not contained in the statute the regulation purports to interpret, resulting in audit assessments which are unsupported by substance or the rationale for the law at issue, the taxpayer should consider challenging the proposed adjustment. It is important to challenge, on a timely basis, an assessment based on rote application of the Regulation. One size does not fit all situations like this.

[5] I.R.C. Sec. 265(a)(2) and Revenue Procedure (“Rev. Proc”) 72-18 (1972-1 C.B. 740). Code Section 163(a) permits a taxpayer to deduct interest paid or accrued on indebtedness unless an exception applies. Section 265 contains an exception to the general rule in Section 163 and disallows a deduction for interest expense on indebtedness incurred or continued to purchase or carry obligations that produce tax-exempt interest income. For purposes of Code Section 265, Rev. Proc. 72-18 adopts the direct tracing method to determine whether the proceeds of indebtedness are directly related to a specific instrument that produces tax-exempt income. The revenue procedure provides an asset-based apportionment formula for use when direct tracing is not possible.

What are the pros and cons of buying NFTs?

Are Your Employees Covered by a State Paid Family and Medical Leave Program? The CRS Can Tell You If They Are

Vicarious liability when an employee commits an intentional wrong

Off-Limit Benefits: The 5 most common benefits people receive and why they are off-limits in bankruptcy