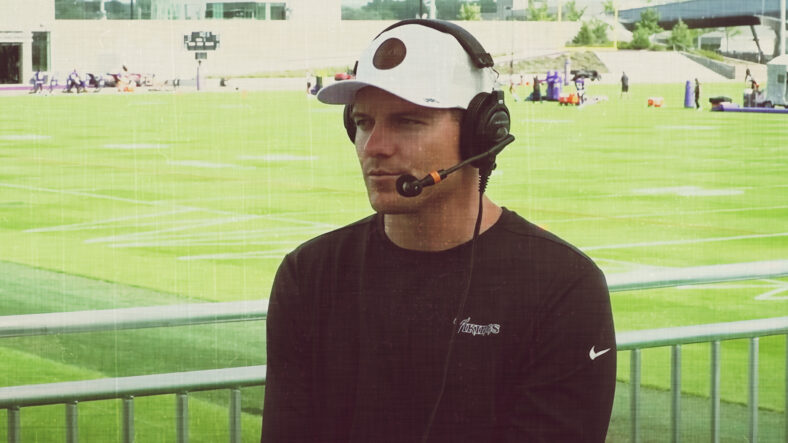 The first two games of coach Kevin O’Connell’s head coaching career with the Minnesota Vikings were chalk and cheese. Things couldn’t have gone any more different across the two games — a convincing win over the Green Bay Packers and a heavy defeat to the Philadelphia Eagles.

O’Connell has tasted the highs and lows of being the man in charge in swift order. So what’s on Kevin O’Connell’s to-do list? As we head into a Week 3 divisional matchup against the Detroit Lions.

When Kirk Cousins is settled, confident, and thinking clearly, he is a very good quarterback. Unfortunately, the rattled version of Kirk Cousins reared its ugly head on Monday Night Football. It seems once a year, without fail, Cousins has one of “those” games where he loses his composure, often in the primetime slot, which is why he can’t shake the largely unfair narrative that surrounds him. Cousins has had these types of games before and is capable of bouncing back with a big performance against the Lions.

Get Dalvin Cook in Rhythm

The Vikings went away from the running game far too quickly against the Eagles. Dalvin Cook had minimal effect on the game and is yet to show his explosiveness this season. O’Connell admitted needing to do a better job of getting him in rhythm, which is a fair assessment of the Eagles game. I think the 20 carries Cook had in the Packers game is just about the perfect number. He often gets stronger the more carries he has — and the defense gets tired — but you also don’t want to run him into the ground.

I expect to see a consistent workload across the four quarters for Cook this Sunday. His tally of 6 rushing attempts on Monday night was a career-low and is nowhere near enough. Fullback CJ Ham was only on the field for three offensive snaps. Expect that to increase on Sunday as O’Connell looks to find Cook some rhythm. The Vikings offense still needs a strong run game to perform at its best.

Until the 4th quarter against the Eagles, Adam Thielen had largely been anonymous this season. He still only has 11 targets over the first two games catching seven of them for 88 yards. Thielen has yet to score a touchdown, which has been his strength over the last couple of seasons, especially as a red zone threat.

More targets for Thielen, particularly early in the game, is a must. When asked about this, offensive coordinator Wes Phillips made the fair point that the number of 3-and-outs and lack of plays they could run in the first half hindered the offense.

There was a lot of talk about culture during the offseason. That was where the Vikings wanted to build, and there has been a lot of praise for what O’Connell and Kwesi Adofo-Mensah have been trying to build within the entire organization. A heavy defeat is the first real test for that ideology. In O’Connell’s own words when he spoke to the media earlier this week, “All the culture stuff we talk about, this is when it gets tested.” Judging by remarks made by Thielen to the press, it seems to be going well.

Bounce Back With A Win

Above all else, O’Connell needs to beat the Lions on Sunday. Nothing makes things feel better than the taste of victory. Another win in the division would keep them in the top spot and a strong position.

Everything else on Kevin O’Connell’s to-do list leads to this one. The Lions are a rapidly improving football team under head coach Dan Campbell. However, playing at home is a game the Vikings must win if they have their eyes set on playoff football in the new year.

Polkadot Now Allows Tether (USDT) to Be Minted on Its Blockchain

Morrisons close to acquiring McColl’s as it addresses CMA concerns

Former Packers QB Says ‘No Thanks’ to Vikings