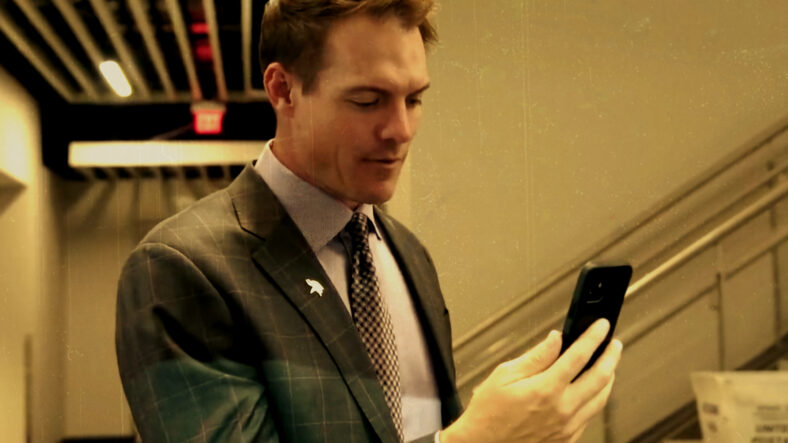 When I took my summer vacations in my GM and team president days with the Vikings and Titans, my first priority was to spend quality time with my wife and kids and get away from football for a brief period. But as is the case for all team execs and coaches, my mind often drifted to thoughts of the upcoming season and question marks I had about our teams.

So, yes, Vikings Head Coach Kevin O’Connell is undoubtedly enjoying what he calls his first time off in a year after going straight from the Super Bowl parade with the Rams to his new head coaching gig in Minnesota. He told the media at minicamp that he was looking forward to spending his break time with his wife and three children.

But here are some football thoughts I envision to be on O’Connell’s mind over the next few weeks while perhaps visiting family and friends in his native California or sitting on a beach somewhere.

1.With my offensive scheme and play calling, will I be able to truly elevate Kirk Cousins’ game, certainly a huge factor in whether we can make the playoffs and reach Super Bowl contender status, starting immediately in the 2022 season? Things went well with Kirk and our re-connection in the offseason program, but the real test lies ahead, beginning September 11 against the Packers.

2. Can Danielle Hunter and Za’Darius Smith stay healthy this season and be double-digit sackers once again, which seems to be the No. 1 key for the Vikings defense to rise above the last two seasons of shaky play and help us become a successful team?

3. While I’m happy with my offensive tackles Brian O’Neill and Christian Darrisaw and with left guard Ezra Cleveland, will center Garrett Bradbury’s weight gain and incentive to do well in his final year under contract elevate his game above the inconsistencies of the past? And do we have a top-quality right guard who will emerge from the guys competing—Jesse Davis, Chris Reed, Wyatt Davis, and second-round pick Ed Ingram? The center and right guard spots have been problematic the last couple of years here, and can we get good enough play there so our O-line can become a team strength?

4. Will our cornerback group be better than the past two years in Minnesota? We know Patrick Peterson is older but still a savvy vet who played well last year and is a leader. Chandon Sullivan has a good track record from his time as Green Bay’s slot corner. Who will be the other outside corner starter, how effective will he be, and who will earn the backup corner jobs and be an asset on special teams? The prime candidates are second-round pick Andrew Booth (and will he stay healthy?) and young vets Cam Dantzler and Kris Boyd. And can second-year man Cam Bynum help out at corner as he did in college?

5. Speaking of the secondary, who will start at safety alongside Harrison Smith? Will it be Bynum or first-round pick Lewis Cine?

6. Irv Smith is a terrific athlete who looks like a future Pro Bowl tight end. As he comes off his knee injury from last season, will he emerge as a key weapon in our offense which is what we envision his role to become?

7. The Vikings have a checkered past with kickers who have sometimes been great but have occasionally come up lacking in pressure situations such as game-winning kicks in playoff games. Can I count on Greg Joseph in the clutch after he started shaky and ended strong last season?

8. Will I hopefully not get any troublesome phone calls while on vacation regarding players misbehaving during this six-week period between minicamp and training camp when many players head back home or to their college towns and hang out with high school and college buddies?

That’s a lot of things to pop into the head of the first-year head coach. Most important is that he comes back refreshed for the long season ahead that he hopes will once again end for him and his team at the Super Bowl in mid-February.

Around the NFL & other Vikings Observations:

1.I was happy to see nice, humble, and talented Sammy White will be honored with his induction this weekend into the Black College Football Hall of Fame. White and I joined the Vikings in the same year—1976—and made it to the Super Bowl in our rookie seasons. White, of course, played a much bigger role than I did since I was an assistant P.R. Director at the time, while Sammy was the NFL Offensive Rookie of the Year as a starting wide receiver alongside Ahmad Rashad while catching passes from Fran Tarkenton.

Along with Randy Moss and Justin Jefferson, White is the only Vikings wide receiver to open his career with two straight Pro Bowl selections. The former second-round pick also is on the list of 50 Greatest Vikings. Congrats to Sammy!

2. Deshaun Watson suspension decision looming: the rumbling is the NFL will likely come down with a decision on Watson’s suspension around July 4 or shortly after for his alleged violation of the league’s personal conduct policy as a result of the sexual misconduct lawsuits against him in Texas. In the meantime, it was announced this week that Watson has reached settlements with 20 of the 24 women who have filed civil lawsuits. The NFL says these settlements will have “no impact on the collectively bargained disciplinary process.”

I’m guessing the league will slap Watson with a one-year suspension that will later be reduced to eight games upon appeal by Watson.

3. Future Hall of Fame tight end Rob Gronkowski has once again announced his retirement after 11 seasons. Gronk is a four-time Super Bowl champ, three times with the Patriots and then in 2020 with the Bucs after he had previously retired for one year after the 2018 season. He’s also a five-time Pro Bowler and one of the great characters in the NFL who should remain visible in the entertainment world.