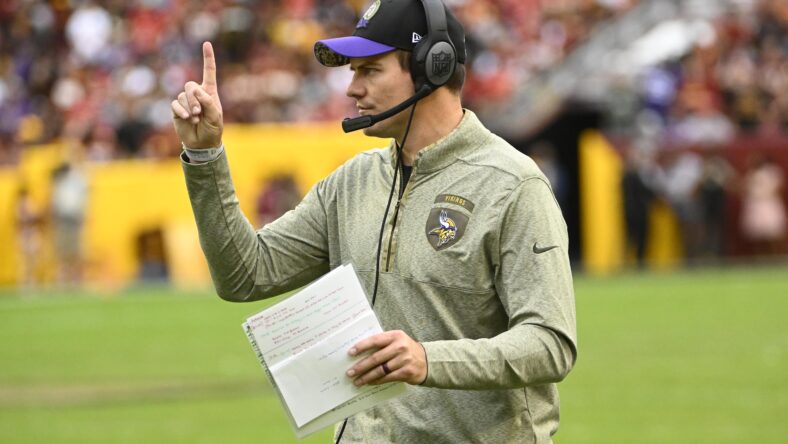 Despite fighting their way to a 10-2 record through the first 13 weeks of the season, the Minnesota Vikings are still seeking validation from the rest of the league and NFL experts. The pundits are apparently finding so much more weight in the team’s two losses than they are in their 10 wins.

So what is it exactly that has everybody else out there convinced that the Vikings are paper tigers ready to fold as soon as the going gets tough in the playoffs? That’s the assignment today as we dive into the Vikings two losses in the 2022 season and see if there’s anything we can highlight to avoid falling suspect to these flaws again in the future.

First and foremost, the two losses for the Vikings came up against two of the best teams in the league, the 11-1 Philadelphia Eagles and the 9-3 Dallas Cowboys. So the competition was understandably stiff. Those not on the bandwagon will be the first to remind you that in those two losses, the Vikings were outscored by their opponents 64-10. So when it starts to go bad for the Vikings, it goes really bad and usually happens fast. And there are some similarities between these two sub-par performances.

Here’s what stands out…

In both losses this year, the Vikings have found themselves behind early in the game. Against the Eagles, the Vikings defense gave up an 11-play, 82-yard touchdown drive to open the game, digging themselves a 7-0 hole right out of the gates. Against the Cowboys, the Vikings actually started with the ball but fumbled deep in their own territory setting up an even worse scenario. The Vikings defense held to a field goal, but the Cowboys had already flipped the possession, effectively getting the first points on the first drive and still receiving the second-half kickoff after the turnover.

Against qualified defenses, the Vikings struggle to fight from behind when.

Points Allowed Tend to Snowball in the 1st Half…

Building off the first characteristic, the Vikings will find themselves behind early and struggle to muster up what it takes to overcome the early deficit. Worse yet, they stack mistakes on top of each other, and the first half tends to snowball out of control, setting them up with a tough row to hoe in the second half.

In these two losses, the Vikings have found themselves down 24-7 to the Eagles and then 23-3 to the Cowboys.

As mentioned above, against the Cowboys, the Minnesota Vikings won the coin toss and opted to receive the opening kickoff in an attempt to set the tone. Just a few plays later, they lost a fumble to the Cowboys and set the wrong kind of tone.

Similarly, coming out of halftime in Week 2 against the Eagles, the Vikings had the ball and were looking to change the game’s tone and begin fighting their way back into the game. Eight plays later, Minnesota entered the Eagles Red Zone ready to strike, but a miscommunication between Kirk Cousins and Justin Jefferson led to an Eagles interception, and the Vikings lost the only advantage that they brought to the table.

Third Down Efficiency Terrible on Both Sides of Ball…

If your defense can’t get you off the field on third down and your offense cannot extend drives on third down, you will have a tough time winning games. Such was the case in these two losses as well.

For the Eagles game, the Vikings offense converted only 33% of their third down attempts, while the defense yielded success on 54% of Philly’s third downs. Flip over to the Cowboys, and Dallas was able to convert 71% of the time on third down, while the Vikings went 1-for-11 on the day, converting only 9% of their attempts on the day.

This discrepancy in on-field success will then clearly lead to quite the lopsided time of possession problems. For the Vikings in these games, that’s played out as a 23-minute and 16-second deficit to their opponent. Tough to win if you can’t score points and tough to score points if you don’t have the football. That’s how you find yourself outscored 64-10 in your two losses.

The characteristics highlighted above will lead most teams to losses, but for the Vikings, who are admittedly installing a new defensive system and have not yet had time to properly change over personnel from the former 4-3 to the Ed Donatell 3-4, it’s that much more difficult.

Unsurprisingly, this leads to some other lopsided statistics as well. Regarding yardage, the Vikings were more than doubled up for each side of the offense. Their opponents in these losses have averaged 315 passing yards, 157 yards, and nearly 500 total yards. Meanwhile, the Vikings are averaging only 156 passing yards, 67 yards on the ground, and a total of 223 offensive yards in their two losses.

Combined, the Eagles and Cowboys averaged 6.8 yards per play in these games, while the Vikings struggled to an average of 3.9 yards per play.

You might be saying that many of these highlighted characteristics will cause any team to lose more games than they win, and you’re not wrong. But for the Vikings, who are very clearly inconsistent and very clearly still flawed, these are precisely the things they need to avoid down the stretch and into the playoffs if they’re hoping to make a deep run. 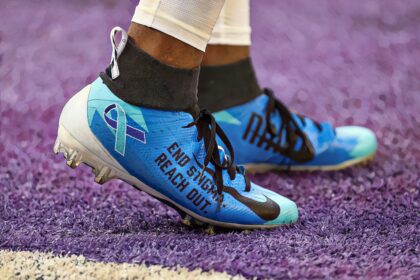 Aj Mansour is a member of The Power Trip Morning Show on KFAN and works for iHeartMedia and the Vikings Radio Network. He’s also a senior writer for VikingsTerritory.com. Be sure to follow him on social media for the latest Vikings news and big opinions – @AjKFAN

How to Start the New Year Off Right After a Divorce

ESPN Was Not Impressed — At All — With Kirk Cousins vs. Colts