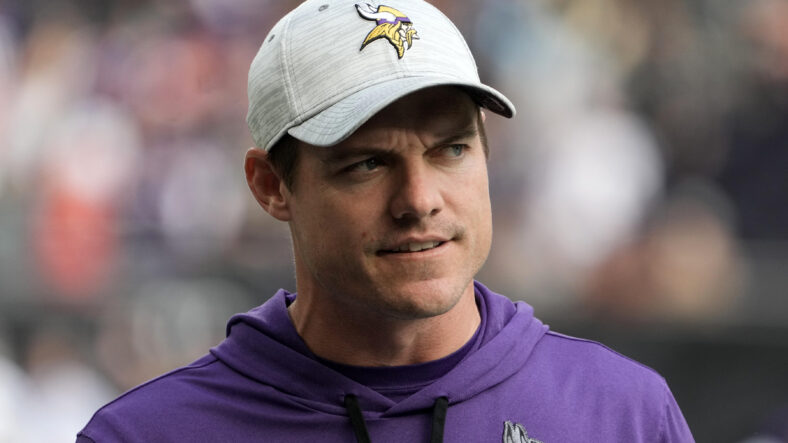 We are a third of the way through the NFL regular season, and the Minnesota Vikings have amassed five victories. You had to be ultra-optimistic about this season’s Vikings to have predicted that before the season. The franchise is coming off the back of an eight-win season and has a new rookie head coach. Such a fast start seemed unlikely — though I predicted the Vikings to start 4-2.

It’s not always pretty, but it has been effective, with the Vikings regularly coming good at the end of games to snatch victory. While the players head into the bye week for a well-deserved rest, here is what the media are saying about the 5-1 Vikings after Week 6.

After picking Minnesota to win the NFC North division on PFT Live before the season, the Vikings fan has been reluctant to acknowledge the Vikings as a good team through the first six weeks of the season. He relents a bit this week and finally puts them into the top 10 of his power rankings at No. 6 — up five from last week’s ranking of 11.

Minnesota isn’t anybody’s idea of a juggernaut, but five wins in six games — picked off only by the undefeated Eagles — tells the story of a team that knows how to close. The Vikings did it again on Sunday in Miami, forcing a massive turnover as the Dolphins were marching toward the go-ahead score; then Dalvin Cook found a crease for the long touchdown run to ice the game.

Hanzus has the Vikings at 4 in the NFL Network power rankings. After four weeks of the same result, the sensible conclusion is that it’s more than luck that sees this Vikings team keep coming out on the right side of results. Victories don’t come easy in the NFL, and the ability to close out games is difficult. For this team to have developed the skill so early is hugely promising.

Myron Metcalf sees the stars aligning for an NFC championship game run. It’s a bit early for that sort of talk for me. However, if the Vikings come out of the bye week, beat Arizona and Washington, and head to Buffalo to play the much-fancied Bills with a 7-1 record, then we can start having those conversations.

There was widespread skepticism that coach Kevin O’Connell would have the team physically ready for the start of the season after a unique summer driven by sports performance theories. Key players saw little to no preseason action, despite a schematic overhaul, and there were only a handful of intensely physical practices. But not only were the Vikings ready to open 5-1, but 21 of their 22 starters have made every start. The only exception was safety Harrison Smith, who missed one game because of a concussion.

Kevin Seifert looks at the conditioning of the Vikings players. The plans put in place by Kevin O’Connell have undoubtedly worked and are even more impressive when you consider the schedule. The team traveled to London in Week 4, beat the Saints, and came home to grab victory against the Bears in Week 5. Then traveled down to the heat of Miami in Week 6 and won again. O’Connell and his team have had their players ready to go and at their best in the all-important 4th quarter.

Bleacher Report has the Vikings at number 4 on their current power ranking. They had this rather accurate assessment of the team.

Bleacher Report: “The Vikings aren’t flawless — the team has been rather inconsistent on both sides of the ball, and the Vikings one loss was an ugly defeat at the hands of the undefeated Eagles.”

But with the Packers struggling and the Bears and Lions candidates to make the playoffs only if the field is expanded to 28 teams, it’s looking more and more like the Vikings could run away with the division.

Peter Prisco: “At 5-1, they lead the NFC North and have to be considered the favorite in the division now. They aren’t always pretty, but they find ways to win games.”

We finish with Peter Prisco of CBS Sports, who perfectly summarises the Vikings start to the season. It’s not been perfect, but the Vikings keep finding ways to win and are now in the driving seat to take the NFC North.

How to Leverage Upselling Strategies

Implementation of the AMLA and the CTA by Financial Institutions: A Podcast

Is #1 Seed Still in Play for Vikings?

Could this be the Season of Clutch Cousins?

Vikings Feast on the Pats—The Jets are Next

The Dazzling Aspect of the Vikings Next 6 Games