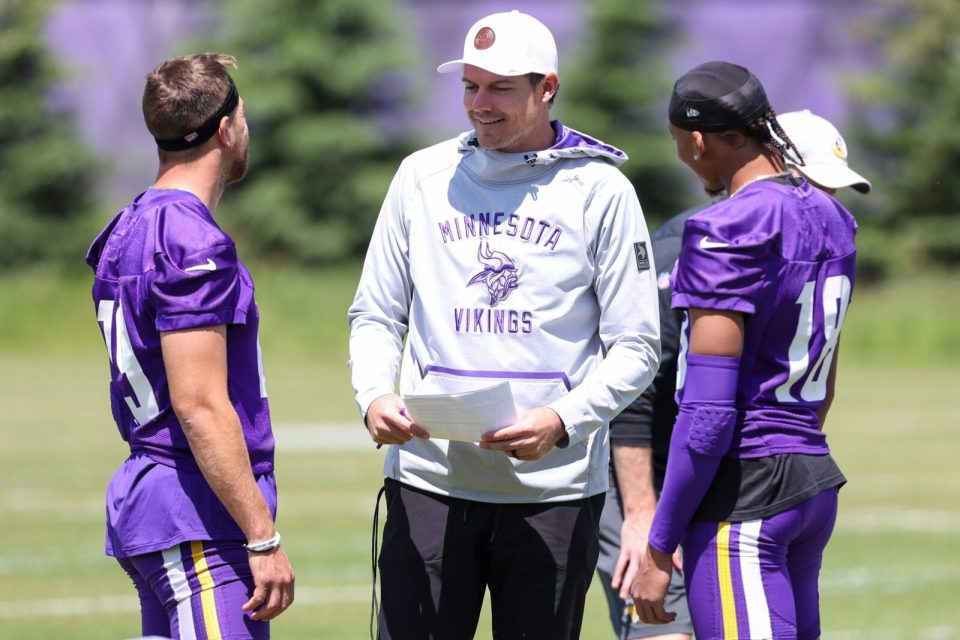 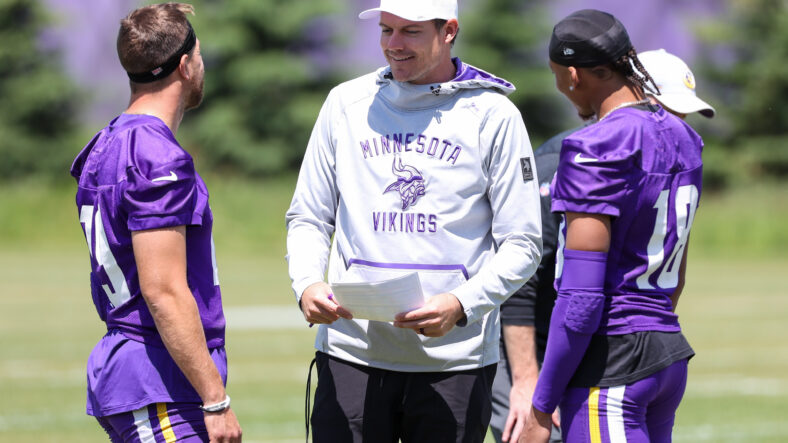 The Minnesota Vikings won a close game with a game-winning touchdown in the final minute of the game and some big stops from the defense in the fourth quarter. While some games are won by a special performance of a few key players, some other wins are team wins. Sunday’s game was one of the latter.

The offense and defense struggled for some stretches in the game but stepped up when they had to. Overall, even in team wins, some players can be titled winners and some others as losers.

The second-year franchise left tackle had an outstanding game against the Detroit Lions. Darrisaw kept his quarterback clean and opened running holes for Dalvin Cook and Alexander Mattison. He was dominant, and it shows in his PFF grade. Darrisaw received an 89.4 overall grade. The Vikings sold him in the preseason as ‘mini Trent Williams, ‘ and so far, he’s looking like a superstar. The scary thought, especially for defenses, is that he still has a lot of room to grow, as he played just 15 career games.

Besides Darrisaw, the whole line played well. Garrett Bradbury is looking like a totally different player in 2022. He’s still occasionally getting beaten by power, but it’s not as egregious as it was in the past. Brian O’Neill is one of the best right tackles in football, and left guard Ezra Cleveland took a step forward and is the best Vikings guard in quite some time. Rookie right guard Ed Ingram is playing decent but still has some rookie struggles, which is expected in the transition period.

The veteran may not be as dynamic as he was in his prime years, 2017 and 2018, but he is still a good and reliable player. Thielen’s statistics increased in each of the three games. In the win over Green Bay, Thielen recorded 3 catches for 36 yards, followed by 4 catches for 52 yards in the loss in Philadelphia. Against the Lions, Thielen caught 6 passes for 61 yards and added a touchdown to the scoreboard.

He had a slow start to the season but is slowly heating up and getting more involved in the passing game. That’s crucial to the Vikings’ success, as teams focus on taking away Justin Jefferson, which automatically leads to more single coverage situations for the veteran wideout. In five games against the New Orleans Saints since 2017 in the regular season and postseason, Thielen recorded 560 yards, and he scored in two of the last three matchups.

Another veteran that is no longer in his prime is cornerback Patrick Peterson. However, despite turning 32 in July, Peterson had a game that reminded folks of his All-Pro caliber past. He was targeted 7 times and allowed only 1 catch.

Without any doubt, he is no longer a 4.3 40-yard dash player like the young Peterson. He also doesn’t return punts anymore. His coverage skills and veteran presence on the field, however, are undeniable. Peterson is clearly outplaying his younger counterpart Cameron Dantzler and has the number one cornerback job locked up.

Tight ends Ben Ellefson and Johnny Mundt caught two passes each. Mundt had 23 yards and Ellefson 24. The two are surprisingly a big part of the offense and are even used as receivers. The tight end position is a true committee and not the expected Irv Smith one-man show.

Josh Metellus replaced Harrison Smith, who was suffering from a concussion. Most fans wanted to see Lewis Cine but Metellus showed he’s a capable backup. He had some solid coverage snaps, tackled well, and intercepted Goff at the end of the game.

The wide receiver was among the best players in the league in the first couple of seasons of his career. He continued to look like a superhero in Week 1 when he finished with 184 yards and 2 scores. Jefferson was the clear focal point of the offense and was unstoppable. In Weeks 2 and 3, however, the Eagles and Lions shut him down. Eagles cornerback Darius Slay held him to just 48 yards. His production even decreased against the Lions. He struggles to get open against physical cornerbacks in double coverage.

The dynamic wideout never had fewer yards in a two-game span during his career, not even in the first two when he did not start. A big game could be coming soon, as he’s too good to be shut down, but for now, his last two performances were disappointing. Head coach Kevin O’Connell has to help him get open with smart play calling.

The cornerback entered the year with high expectations. Andrew Booth came in as a second-round draft pick, but Dantzler won the job in training camp. Past struggles were attributed to the inexplicable treatment of former head coach Mike Zimmer, and more confidence was supposed to get his career back on track.

Per PFF premium stats, Dantzler allowed 17 receptions for 204 yards. Both numbers are a team-high. Rookies Akayleb Evans and Andrew Booth, once he returns from injury, have a chance to usurp him on the depth chart. Against the Lions, Dantzler allowed 7 catches on 7 targets for 94 yards.

Selling Your House Fast: What Are The Options?

PurplePTSD: History on the Line for Justin Jefferson vs. Dallas, Injuries, Mock Draft

The Nationals Folks Picking the Vikings over Bills