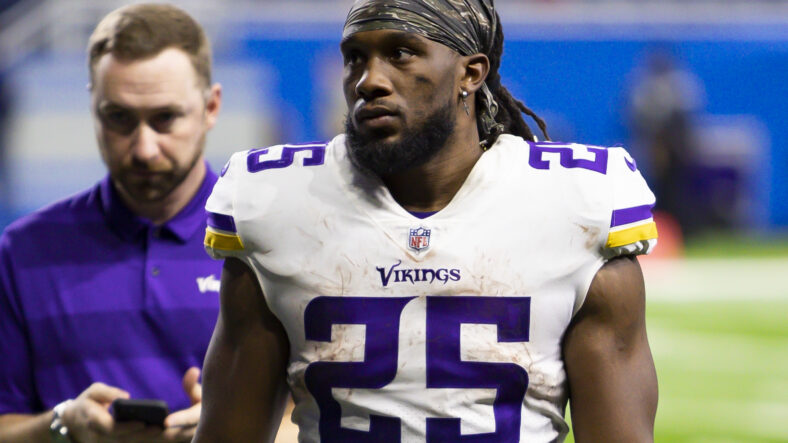 As of June 23rd, these Minnesota Vikings running back and fullbacks are under contract:

And to the surprise of no one, seven RBs and FBs will not make the 53-man roster in September.

Even if the Vikings find a way to retain most of that bunch, at least one man still risks a roster cut or relegation to the practice squad.

The eventual roster trim-down sets up an interesting dynamic to monitor this summer for the Vikings at training camp and the preseason — either five running backs will make the team, or someone unexpected will lose his job.

Late last summer when the Vikings released the 53-man roster, four RBs made it: Dalvin Cook, Alexander Mattison, Kene Nwangwu, and C.J. Ham. Well, that integer of four is quasi-meaningless now, as the coaching staff from 2021 doesn’t work for the team anymore.

The Vikings keeping five RBs and FBs would mean Bryant Koback and Jake Vargas didn’t make the cut, which would stun nobody. But theorizing who may be on the chopping block if the team only retains four is fascinating.

Dalvin Cook and Kene Nwangwu aren’t in danger. Cook is one of the best running backs in the world, and Nwangu is safe because of his special-teams savant status. That leaves three cut or practice squad candidates: Alexander Mattison, Ty Chandler, and C.J. Ham.

Mattison has been whispered as a potential roster cut by a few Vikings-themed media entities. They’re evidently privy to this numbers game for roster cuts and RBs. However, Mattison is a productive back, especially because Cook is seemingly guaranteed to miss a few games per season.

Chandler is a rookie, so cutting him would be odd. He was presumably drafted for a reason and has looked sharp early on. Perhaps Chandler winds up as a practice squad candidate. We shall see.

And then Ham enters the chat. A fullback, Ham is incredibly talented, particularly with the “intangibles” side of football. Yet, the Rams, where the head coach Kevin O’Connell was last employed, don’t use fullbacks. Therefore, O’Connell either warms up to FB utilization in an offense, or Ham departs. The former is more likely.

But those are the stakes. Fans can root for five ball-carriers to live on the roster in September. Otherwise, Mattison, Chandler, or Ham will be cut (or exist on the practice squad).

The Vikings ‘Most Underrated’ Player Is a Newcomer