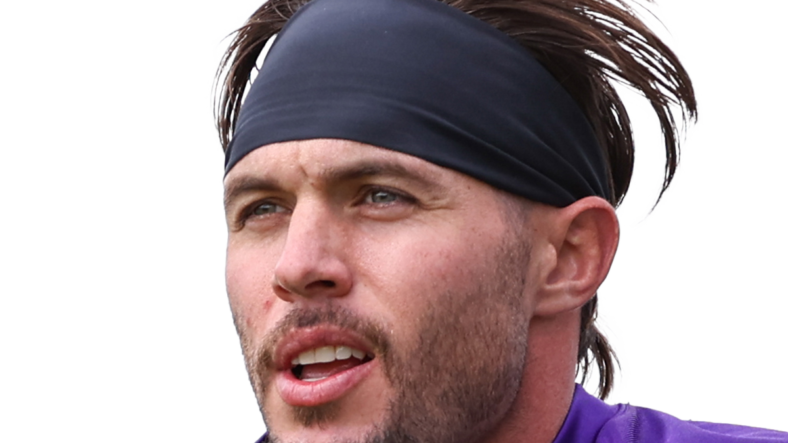 The Vikings lost the game to the Eagles 24-7, falling to 1-1 on the season while remaining in first place in the NFC North thanks to favorable tiebreakers.

After the game, head coach Kevin O’Connell told reporters, “Looking at the way he checked out, talking to [medical staffers], we feel pretty strongly about where he’s at. We’ll go through the phasing. It is a short week so we’ll just have to see where he’s at.”

And on Wednesday, four days before the Vikings host the Detroit Lions in Week 3, the message was similar with a slightly more optimistic tone. Chris Tomasson of the Pioneer Press tweeted about Smith’s status:

“Feeling good” is the takeaway from the tweet. If O’Connell were skittish about Smith’s playing prognosis, he would’ve used more judicious verbiage. Last year, Smith missed two games in 2021 because of the coronavirus.

Smith logged a career-high 13 combined tackles against the Eagles before the concussion matter in an otherwise forgettable night for Minnesota’s defense. The Vikings could not stop the run or pass in the 1st Half, and when they actually started to in the 2nd Half, Minnesota’s offense took a nap.

The caveat if Smith cannot play in Week 3 is the identity of his substitute. Defensive coordinator Ed Donatell would likely pivot to rookie Lewis Cine as a starting safety, and the Georgia alumnus would make his first career start. Cine played 15 special teams snaps in Week 1 and saw the field for one defensive snap.

Aside from rookie corner Andrew Booth, Smith’s injury seems to be the only other notable one heading into the weekend. The team will release a formal injury report on Thursday, but barring surprises, the Vikings are relatively healthy.

Between Smith, Cine, and fellow safety Camryn Bynum, Minnesota must bring its A-game versus the Lions. Out of nowhere, Detroit developed into an offensive powerhouse through two weeks, ranking second in the NFL per points scored and seventh in offensive efficiency. Meanwhile, quarterback Jared Goff is performing like the 19th-best passer in the business. The Lions have offensive weaponry as Goff is managing games at a mighty clip.

On Smith, he leads all safeties in interceptions (30) since entering the NFL in 2012. He’s also the longest-tenured Viking on the team’s roster.

Carlisle Auctions heads south to Florida in November and February

Nobody Could’ve Predicted Kirk Cousins Would Become This Icy

Vikings Youth to Be Tested Sunday

The Caveat to Kwesi Adofo-Mensah and The “Competitive Rebuild”