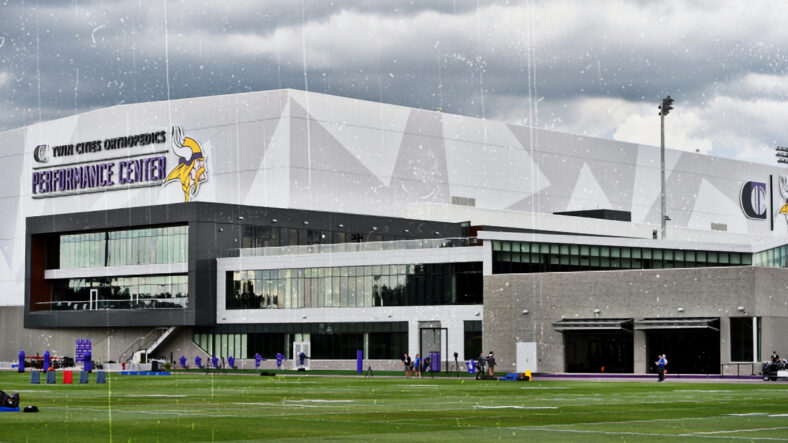 The Vikings started their training camp journey on July 26th and concluded camp on Thursday after more than three weeks. The first regular season game will take place on September 11th when Aaron Rodgers and his Green Bay Packers come to town. But what happened during training camp?

When the Vikings signed two guards to compete for the right guard spot, fans didn’t expect them to draft another one, but they did. Ingram, a second-round pick from LSU, came in and snatched the spot from the veterans. Sources tell VikingsTerritory that Ingram has beaten out his competition and will be the starter going forward. He began camp working with the second team, while Jesse Davis got all first-team reps.

However, Davis took time off from practice now and then, and the Vikings allowed Ingram to get the snaps. Davis struggled in the team’s first preseason game, while Ingram dominated. It all came together for the new starter. Ingram has a much higher upside than Jesse Davis or Chris Reed, and quarterback Kirk Cousins will be happy to get some protection.

The left tackle came into the league with high expectations after the Vikings selected him in the first round of the 2021 draft. During his first season, he missed time because of a core injury and two subsequent surgeries. Once he was healthy, he immediately upgraded the offensive line, but without the preparation in the offseason, he didn’t even come close to his full potential.

However, Darrisaw had a healthy offseason and came to training camp looking like a future superstar. He drew comparisons to star left tackle Trent Williams and received praise from coaches and teammates like Danielle Hunter, someone he had to go up a lot in the last weeks. The tandem of Darrisaw and O’Neill will form the foundation of the Vikings’ offensive line for years to come.

After three years of subpar play, the Vikings opted not to bring in any competition for the incumbent center. They probably regretted their mistake early in training camp. Bradbury lost rep after rep against Harrison Phillips.

As Kevin O’Connell has indicated, Chris Reed moved to center and will continue to compete with Bradbury. Even reports emerged that the Vikings could trade for a center. It wouldn’t be surprising to see Bradbury landing on the bench at some point during the season.

Dalvin Cook is an established superstar running back. His backup is reliable veteran Alexander Mattison since his selection in the 2019 draft. However, the Vikings have two young phenoms on the roster. Kene Nwangwu and Ty Chandler showed impressive explosiveness in the preseason game against the Raiders.

Nwangwu surprisingly looked great as a receiver in that game. It might be the best running back group in the league. While the Vikings were expected to play a more pass-heavy offensive scheme, there’s no chance that O’Connell doesn’t use his dynamic runners. They might get more touches in the passing game.

Cousins and Jefferson Are Unstoppable

Leading the league in receiving yards since coming into the league, Jefferson is looking even more impressive this summer. The connection with quarterback Kirk Cousins is a special one. They seem to understand each other blindly. Both looked impressively sharp in camp. Leading the league in receiving yards in Cooper Kupp fashion is possible, just like a campaign with MVP numbers from Kirk Cousins. O’Connell’s scheme will hopefully allow the two to fully unlock their potential.

Vikings’ tight end Irv Smith was again set to enter a breakout season and injured his thumb early in training camp. He had to undergo surgery but is set to be back in time for Week 1. However, the backups had to fill his role. Johnny Mundt showed that he, indeed, can catch a pass. He wasn’t used as a pass catcher when he was with the Rams.

Zach Davidson, a second-year player, unexpectedly emerged as a potential threat in the passing game. He’s 6’7″, paired with great athleticism. There’s a good chance he snatches a roster spot after spending his rookie year on the practice squad.

All WRs Deserve a Roster Spot

Not only the tight ends emerged, but also the wideouts. Before training camp, most Vikings fans never heard the names, Trishton Jackson and Myron Mitchell. However, they both are turning heads. The Vikings have about ten receivers who should be on someone’s roster, but they can likely only keep six.

Smith-Marsette will be on the team, but anything else is just speculation. Wilson caught two touchdowns from Kellen Mond in the preseason opener and is the most experienced and the oldest. Nailor is a rookie, and the new front office invested a draft pick in getting him. Johnson is a veteran and was a reliable depth player before he suffered a season-ending injury last year.

It was one of the big storylines entering Vikings training camp, but both candidates were disappointing. Kellen Mond didn’t show the expected spike in performance and is still looking like a raw project. Fumbling snaps and inaccurate or late throws were the themes of his training camp. Mannion, meanwhile, is just who he has always been — a smart veteran without anything exciting to his game.

Mond showed his potential in the first preseason game when he scored two touchdowns. Both scores were late against end-of-roster guys or players who will be free agents in a month. So there are still some questions. Mannion, meanwhile, played against the same players late in the game, and the drive ended in a punt.

Neither QB looked great in the first half against real NFL competition. The Vikings might bring another player into the mix. Fans of the purple team will prefer Mond making mistakes over Mannion playing his same old boring style of football without any chance of success.

The Vikings Have a Simple Motto for the 2022 Season