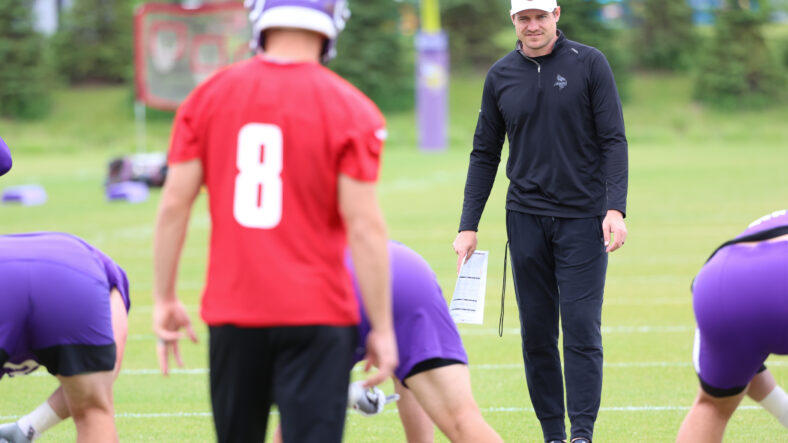 With one month away from the start of the event, the Minnesota Vikings (and all other NFL teams) unveiled training camp dates on Thursday.

The Vikings will host training camp on July 24th for rookies and July 26th for everyone else.

Training camp occurs in Eagan. For 52 years, the franchise conducted summer activities at Minnesota State University in Mankato, but TCO Performance Center opened for camp in 2018, and the Vikings have held the summer event there ever since.

This version of camp will feel markedly different, at least from a sidelines perspective. July’s festivities will be the first without Mike Zimmer leading the organization since 2013 and the first with Rick Spielman not a part of the franchise since 2005.

On the field, the Vikings personnel will feel similar, though, Adofo-Mensah and O’Connell kept the roster largely intact, keeping quarterback Kirk Cousins with the team while signing a few notable defensive free agents in Za’Darius Smith, Harrison Phillips, and Jordan Hicks. Of course, too, a new draft class enters the fray as Lewis Cine, Andrew Booth, Ed Ingram, and others will vie for starting jobs at training camp.

Among the Vikings most fascinating summer battles include the QB2, RG, WR4, CB1, CB2, FS, and the punt-returning duties. Minnesota is also fortunate not to have any longstanding contractual standoffs this summer. Sometimes such disagreements bleed into the summer.

A fully detailed training camp itinerary has not yet been released, but a popular night practice is expected to take place on July 30th. Last year at the night scrimmage, Vikings quarterbacks Kirk Cousins and Kellen Mond were quarantined for coronavirus purposes, and Jake Browning wowed onlookers for a couple of hours. Some even speculated Browning won the QB2 job that night.

Browning was released a month later.

Ticket details should be available within the next week. In May, rumors surfaced about the Vikings and San Francisco 49ers possibly holding joint practices, but that arrangement has not yet been solidified.

Eden Prairie Native Back with Vikings