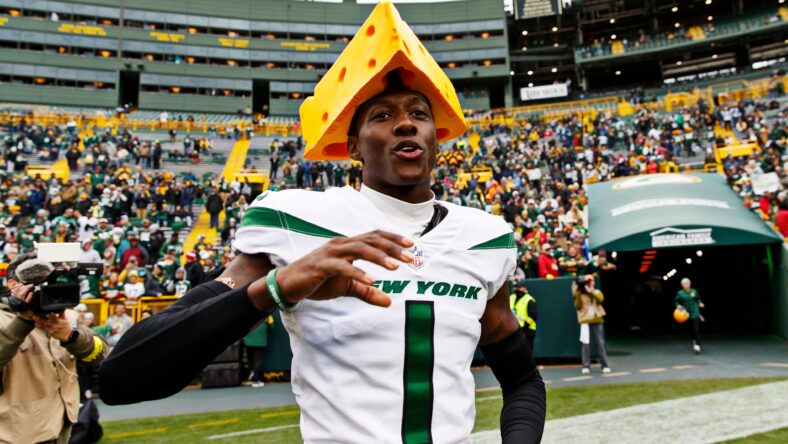 The Minnesota Vikings (9-2) host the New York Jets (7-4) on Sunday, hoping to shrink the franchise’s magic number (two) of winning the NFC North.

The Jets need a win to keep pace in the AFC playoff picture — they’re currently the No. 7 seed — while Minnesota is mere days away from its first division crown since 2017. And for the Jets to find a triumph, they’ll need an upper-echelon performance from notable Packer mocker, Sauce Gardner.

New York drafted Gardner, a cornerback, with the 4th overall pick in April — and the move has paid off beyond the shadow of a doubt.

The Jets boast the NFL’s fourth-best defense per DVOA, and Gardner is the league’s top cornerback, according to Pro Football Focus. Oofta. New York has struggled on offense en route to its unexpected 7-4 record — mostly contributable to recently-benched quarterback Zach Wilson — but the defense has anchored the franchise. New York is led by former 49ers defensive coordinator Robert Saleh, so the Jets do a whole lot of defense, and Gardner is the frontman.

The best-in-the-NFL standing for Gardner is remarkable for anyone, but especially for a 22-year-old. Of all CBs with at least 50 targets from opposing quarterbacks in 2022, Gardner’s 56.5 passer-rating-against ranks third-best leaguewide behind James Bradberry (PHI, 41.1) and Chidobe Awuzie (CIN, 53.4). The man is the real deal.

Interestingly, there was even a three- to four-week stretch after the 2021 season ended where Vikings fans envisioned Gardner joining Minnesota via the draft. Gardner’s draft stock hadn’t climbed to high heavens yet, and some believed the man could be available to the Vikings with the 12th overall pick. But Gardner’s draft prognosis climbed rapidly, the Vikings traded the 12th pick, New York found Sauce, and Minnesota selected safety Lewis Cine. What could have been.

It is unclear if Gardner will run with Vikings wideout Justin Jefferson on Sunday. One might surmise the matchup is too salivating to ignore, but the Jets may not assign Gardner to Jefferson out of the gate. A few weeks ago, Gardner split time defending Buffalo Bills playmakers, Stefon Diggs and Gabriel Davis. Ergo, Gardner may line up versus Adam Thielen as much as Jefferson. We shall see.

For the long haul, though, Gardner has already earned Vikings fans’ respect. After a Week 6 win over the Green Bay Packers at Lambeau Field, Gardner tossed on a cheesehead to chaff Packers fans. He was knighted in Minnesota at that very moment.

The Vikings are favored by three points to defeat Sauce’s team in Week 13. 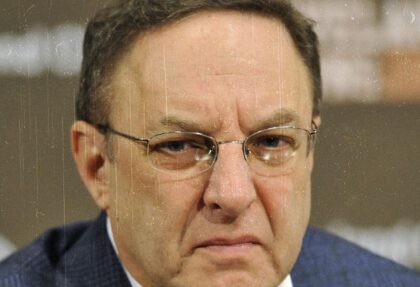 Trillions of SHIB Moved by Whales and Crypto Exchange Under Fire: See Details

Legalising cannabis does not contribute to an increase in crime

Is a Better Kirk Coming for Vikings?