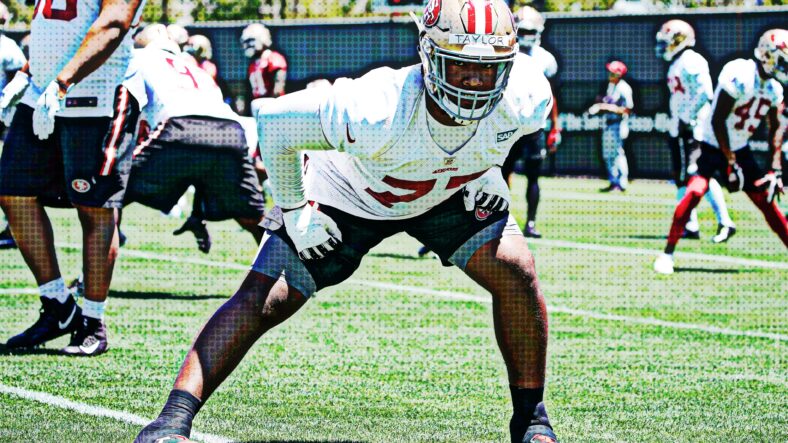 The Vikings released Taylor with an injury designation, meaning, in all likelihood, he’ll clear NFL waivers and revert back to Minnesota while recovering from injury in 2022.

Taylor joined the Vikings as a free agent in April, a forecasted reclamation project for a player with ties to Minnesota’s general manager Kwesi Adofo-Mensah. The 49ers drafted Taylor the same day the Vikings drafted kicker Daniel Carlson in 2018.

When Minnesota released its first unofficial depth chart before the preseason, Taylor was relegated to the bottom of the DE section, nearing DE7 status. In that regard, his ascent to possibly make the 53-man roster was a longshot.

A 7th-Round draft pick from Temple four years ago, Taylor is a hybrid-type defensive end and defensive tackle who last played in the NFL during the 2019 season — the year San Francisco reached the Super Bowl. But he tore his ACL on December 28, 2019, and never played again for the 49ers. Last year, he signed with the Tennesse Titans but was waived three months later, before training camp began — eerily similar to this Vikings stint.

Little is known about the extent of his injury. Taylor will presumably eye 2023 as the next chapter for his comeback.

This is how the Vikings DEs stand after the Taylor transaction:

In two seasons with the 49ers, Taylor played 203 defensive snaps.

The Vikings are on deck to release about four more players on Tuesday as all NFL rosters must reduce to 85 men.

The Vikings Top Offensive Performers vs. Lions, per PFF

Vikings MNF Struggles on the Road Are Not Over