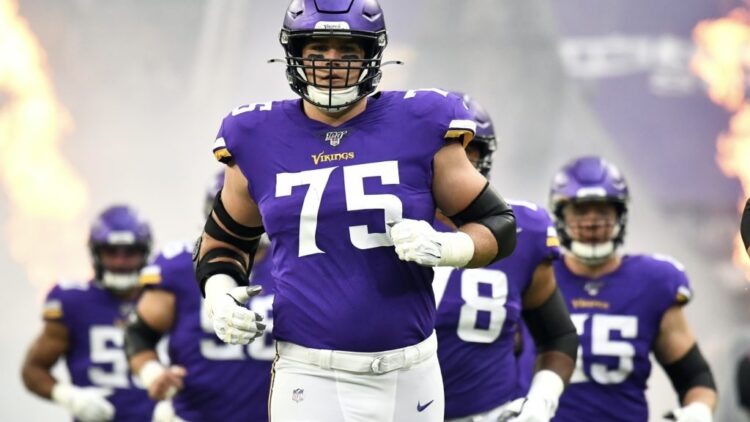 ESPN is publishing its top 10 positional rankings made by over 50 NFL executives, coaches, and players. The Vikings had a player each on the running back and wide receiver list. Quarterback Kirk Cousins and wideout Adam Thielen also received votes for the list but didn’t make them. The same happened with Brian O’Neill. The offensive tackle missed the cut to be part of the list but earned the title ‘honorable mention.’

In the top 10, however, are exclusively great players, so it’s not a big deal that he couldn’t be part of that group. The best in the business is Trent Williams, who dominated for the 49ers. The second and third play in the NFC as well. The second is Tristan Wirfs, who protects the right side of Tom Brady. He’s just 23 years old. The third of the group, David Bakhtiari, plays for the Green Bay Packers and is the blind side protector of Aaron Rodgers. He missed most of 2021 with a torn ACL which he suffered in 2020. If he’s ready for the Week 1 clash against the Vikings is still questionable.

Positions four to six are top left tackles, Rashawn Slater, Tyron Smith, and Laremy Tunsil. Slater already established himself as a star tackle during his rookie season, protecting Justin Herbert, while Smith and Tunsil have played at a high level for quite some time now.

The remaining four players on the list are the Eagle Lane Johnson, the Raven Ronnie Stanley, and the former Saints duo Ryan Ramczyk and Terron Armstead. Armstead now plays for the Miami Dolphins.

Overall, seven players were named honorable mentions. O’Neill is often overlooked, despite his massive 6’7″ frame. He finally went to his first Pro Bowl after the 2021 season.

O’Neill is coming into his own, earning a Pro Bowl berth and a contract that pays more than $18 million per season. He posted a 73.4 Pro Football Focus grade and a 91.1% pass block win rate (15th among tackles) last season.

The Vikings tackle signed a big extension before last season. He deserved to get his big payday. O’Neill was the one consistent player on the Vikings line since 2018. PFF might not be very kind to him regarding overall grades, but at least he’s consistent. He had three consecutive seasons with grades over 70. Riley Reiff was the only other Vikings offensive lineman with a similar resume in recent years when he had 70 or better every year between 2018 and 2020. But unlike Reiff, O’Neill excels in the passing game.

Vikings Have a Great Pass Protector

O’Neill rarely allows a defender to come close to Kirk Cousins, and hits are even rarer. Outside of his level of performance, O’Neill is dependable. He’s the only Viking who started every game in the last couple of seasons.

The Vikings are fortunate to have the former Pittsburgh standout on their team. When he was selected in the second round of the 2018 draft, he was titled a ‘project’ because of his 297-pound body and subsequent missing strength. However, it took him just a few games to crack the starting lineup, and he instantly played solid football.

In the 2021 draft, the Vikings chose another offensive tackle, Christian Darrisaw. He had a few bad snaps, but those plays can be named ‘rookie mistakes,’ and outside of that, he showed flashes of greatness. He had a great rookie campaign, especially considering that he missed all of the preseason and the start of the season. It’s very possible that the Vikings finally found some stability in the offensive line. The two could become the tackle tandem for the purple team for years to come.

Another Minor Injury Surfaces for Vikings

Kirk Cousins Is Leaving Meat on the Bone