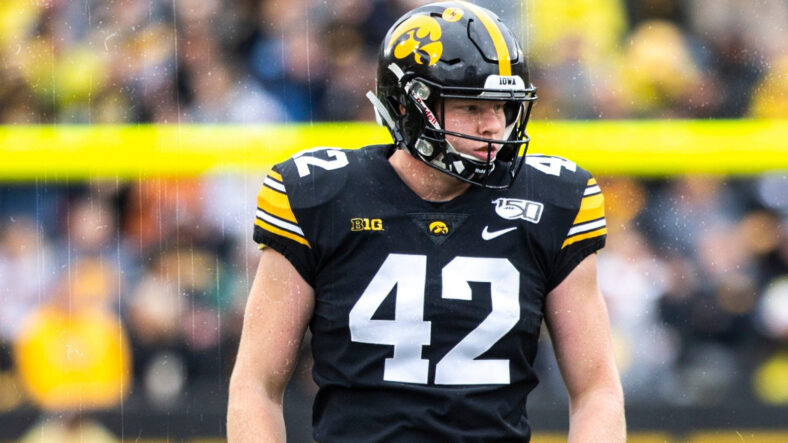 That man is Shaun Beyer, a tight end who last played for the Denver Broncos.

Beyer isn’t a splashy signing as some onlookers of the Vikings expected — and hoped — Adofo-Mensah would land a big fish like JC Tretter, Ndamukong Suh, or Eric Ebron. But Beyer isn’t that. He’s a depth tight end who will join Irv Smith, Ben Ellefson, Johnny Mundt, Zach Davidson, and rookie Nick Muse on the summer roster.

A large human at 6’5″ and 250 pounds, Beyer was an undrafted rookie last year, experiencing no regular season snaps with the Broncos. He was a practice squad personality and could be headed for a similar role with the Vikings if he doesn’t make the 53-man roster at the end of August.

At Iowa from 2017 to 2020, Beyer was relatively quiet. He played in 15 games while catching 18 passes for 175 yards and one touchdown. The Unversity of Iowa is a tight end mass production factory — George Kittle, T.J. Hockenson, Noah Fant, etc. — but Beyer isn’t in that tier of stardom. His addition to the Vikings summer roster should be considered a depth signing.

And Minnesota desperately needs depth at tight end — probably of the more experienced variety. While Beyer or Mundt (or anybody) could blossom like Tyler Conklin in 2021, the likelihood of that is low. Irv Smith will take care of TE1 duties, assuming a clean bill of health for all of 2022. If something happens to Smith, though, Minnesota’s options for replacement are skimpy and lack name recognition. That’s why the conversation among fans about adding Eric Ebron has been prevalent over the last few months.

As of July 24, the Vikings have around $9 million in cap space if they wish to explore a more prominent TE2. Other TEs like Blake Jarwin, Jimmy Graham, and Jared Cook are available via free agency and could reasonably fill the TE2 job.

Beyer was teammates with Vikings WR Ihmir Smith-Marsette at Iowa.

Chipotle Giving Away $200,000 in Dogecoin, Solana and Other Coins

PurplePTSD: CB in Mock Draft, You Like That, Thoughts on Week 9