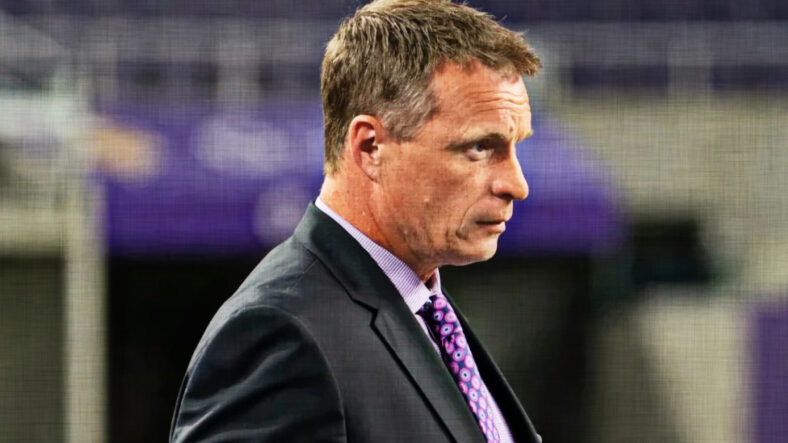 Earlier this month, his pal picked rookie wide receiver Jalen Nailor as a ‘standout’ candidate for the 2022 Minnesota Vikings. Paul Allen, the radio voice of the Vikings, has mentioned ardor for Nailor a couple of times.

Now, Pete Bercich, who works alongside Allen in KFAN‘s radio booth, is mimicking the choice. Bercich tweeted this weekend his endorsement for Nailor as a ‘surprise’ Vikings player in 2022. Bercich wrote, “Jalen Nailor has the skills to get open. I predict him to be one the surprise in this year’s training camp and preseason.”

Nailor joined the Vikings from the 6th Round of the 2022 NFL Draft. He was the only wide receiver selected by new general manager Kwesi Adofo-Mensah. The Vikings have a rich history at wide receiver, so anytime a new one joins the franchise, his eternal upside is envisioned by fans.

Accordingly, onlookers of the Vikings expect Nailor to make the 53-man roster and perhaps steal a punt returner job. That gig was executed in 2021 by Dede Westbrook, but it does not appear he will return in 2022. Nailor could win the job, though, and maybe even more. Before Allen formally announced Nailor as a standout prediction, he assigned reasonable odds for the rookie to seize the WR3 job.

During April’s draft, Minnesota’s wide receiver coach Keenan McCardell reportedly “pounded the table” for Nailor, an indicator the Michigan State alumnus will be included in 2022 regular season plans. At Michigan State in 2021, Nailor tallied 695 receiving yards and six touchdowns. Nicknamed “Speedy,” Nailor ran a 4.5 forty-yard dash at the 2022 NFL Combine. He also placed in the Top 10 among receivers in several drills at the event.

Strengths of his game include the aforementioned speed and quickness, along with big-play ability. Nailor averaged 18.8 yards per reception in 2021. The weaknesses? He has a thin frame, isn’t overly physical, and is prone to drops.

Nailor is the fourth wideout drafted in the 6th Rounder or higher in the last five drafts for the Vikings. Rick Spielman previously onboarded Justin Jefferson, K.J. Osborn, and Ihmir Smith-Marsette since 2018. That amount is around the league average.

Too, the Vikings are predicted to utilize more four-WR sets, creating opportunities aplenty for the WR4 who waltzes out of camp.

And per Paul Allen and Pete Bercich, that might be Nailor.

Asos delays autumn orders amid fears shoppers will cut back

Where the Vikings Spend Money, by Position

Get to Know the Vikings New QB