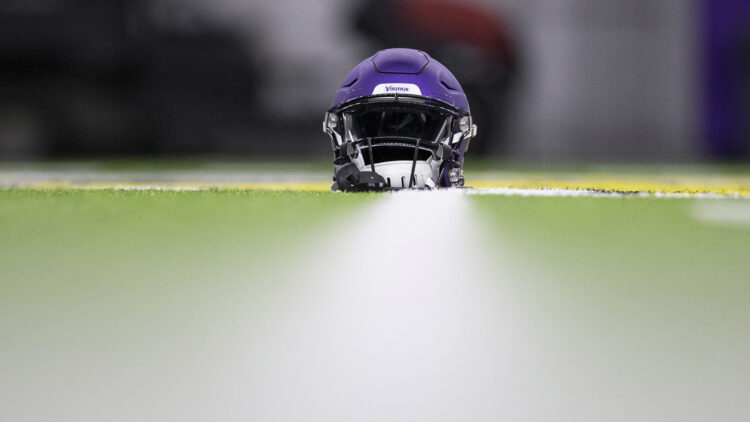 Patrick Mahomes is considered the frontrunner to win the MVP award by virtually every pundit, reasonable fan, and sportsbook in the country.

But that doesn’t disqualify Bleacher Report from tabbing Minnesota Vikings wide receiver Justin Jefferson as a “dark horse” candidate to seize the honor.

Alex Kay from Bleacher Report sized up the NFL MVP race after 12 weeks, predictably nominating Mahomes as the top guy, but the list got funkier thereafter. He said about Jefferson, “The Minnesota Vikings star was on pace to become the first wideout to ever eclipse the 2,000-yard receiving mark before a disappointing 33-yard outing against the Dallas Cowboys in Week 11 hurt his chances of making history.”

“If the 23-year-old somehow tallies up a ton of yards and snatches a few more scores over the final six games, he could improbably rise to the top of voter’s lists,” Kay added.

Jefferson is on pace for 1,904 receiving yards and 9 total touchdowns.

Jefferson has history and voter bias stacked against him, as no wide receiver has ever won the MVP award. In fact, the last non-quarterback to take home the hardware was Adrian Peterson in 2012. Peterson played for the Vikings from 2007 to 2016. So maybe the award is just a Vikings award in off years. Folks can dream.

Back to reality, nearly all of Kay’s frontrunners, which mirror odds from sportsbooks, are quarterbacks. Mahomes, Jalen Hurts, Joe Burrow, Tua Tagovailoa, and Josh Allen are the favorites — along with Cleveland Browns running back Nick Chubb also allotted the dark horse moniker.

In addition to Jefferson’s fancy statistics, his team is 9-2, the second-best record in football through 12 weeks. If the Vikings were emulating the 2020 or 2021 seasons, middling around .500, Jefferson would likely receive no MVP sniffs. But everything is different and more relevant with a team at 9-2.

Jefferson has played in 44 career games to date. This is his historic production level:

Jefferson continues his pseudo-MVP quest this Sunday against the New York Jets at U.S. Bank Stadium. The Vikings host Mike White’s team and are favored by three points. 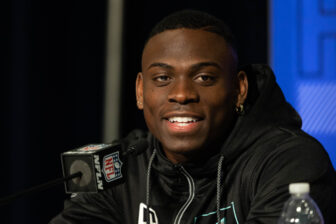 Vikes Take Command of the NFC in Washington

Next Man Up Is Preferred for Vikings

A Brief History of Vikings Football in the UK