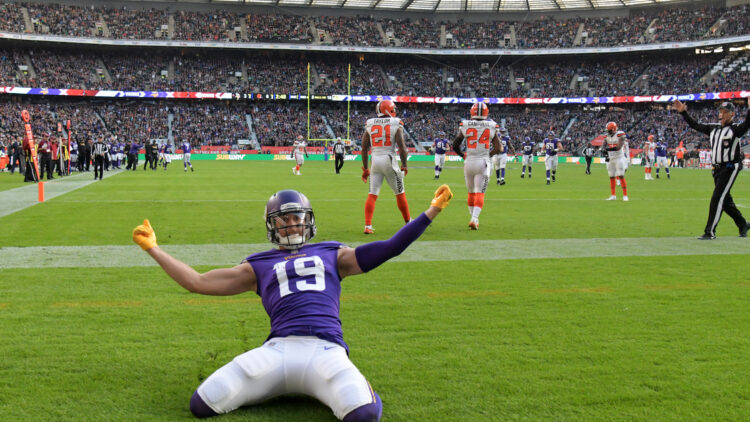 The Minnesota Vikings and New Orleans Saints will show down in London on October 2nd — or Week 4 of the NFL season.

Both teams are undefeated in England games, tallying a combined 4-0 record. The franchises also have a contentious rivalry stemming from the Saints knocking the Vikings out of the 2009 playoffs and Minnesota returning the favor in the 2017 and 2019 postseasons, respectively.

Premium packages for the game are available now and can be purchased here. Additionally, for fans hoping to attend both games in England this season — the other game is Denver Broncos vs. Jacksonville Jaguars on October 30th — tickets go on sale Thursday, June 30th. NFL UK considers those buyers as season ticket holders.

For folks not interested in a premium package nor experiencing both games, single-game tickets for Vikings-Saints are available on July 26th at 4:00 am CST. Yes, four in the morning for central-time-zone-based Vikings fans. Brew the coffee.

Prices for Vikings-Saints seats are quasi-comparable to an NFL game in the United States. In Euros, the seating chart and pricing rubric are available on the aforementioned website:

Tickets for the Munich game on November 13 (Seattle Seahawks vs. Tampa Bay Buccaneers) are also available and go on sale on July 19th.

Airfare around the time of Vikings-Saints, flying from Minneapolis to London, runs about $1,000 per person.

The Vikings Have a Surprise Offseason Standout

Our Official Staff Prediction for Colts at Vikings