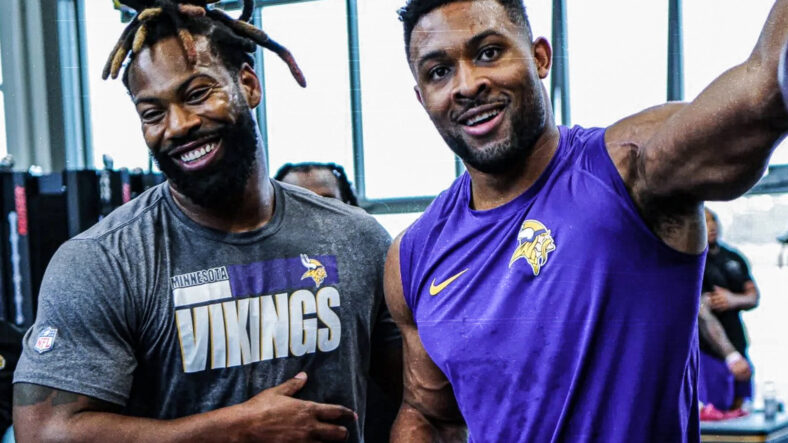 The Minnesota Vikings kick off their 2022 Training Camp at the TCO Performance Center in Eagan this week. This marks the first season under new head coach Kevin O’Connell, and General Manager Kwesi Adofo-Mensah gets to see his first roster come together. Before the action gets underway, what are oddsmakers saying about The Purple?

Starting with the biggest trophy of them all, the Super Bowl, Minnesota is trying to erase the memories of an 8-9 season that saw them finish second in the NFC North but well behind the division-winning 13-4 Green Bay Packers. With head coach Mike Zimmer jettisoned, this new collection gives 45/1 odds from Bovada. That puts them even with the New Orleans Saints, just behind the Miami Dolphins (40/1) and just ahead of the New England Patriots (50/1).

While the placement of 19th seems a tad low, it’s also weird to think that the Las Vegas Raiders or Miami Dolphins would be seen as better teams at this moment. There is a bit of the “haves and have nots” going on, however, as the Washington Commanders are the next team behind the Patriots, and their odds jump substantially at 70/1. Minnesota being a Super Bowl team is a lofty goal, but the offensive talent remains elite, the line has taken steps forward, and they play in a division that should house a Chicago Bears team vying for the worst team in the NFL.

Downsizing the scope a bit, Minnesota is seen as the only team with legitimate odds to finish second in the NFC North. Although Green Bay is the favorite per Bovada at -190, the Vikings aren’t significant longshots at +265. This will get interesting as the two match up during week one at US Bank Stadium, and Minnesota could go a long way to putting the right foot forward with a convincing win during the opening salvo.

Considering season-long odds, Minnesota is currently given a better than 50/50 chance to make the postseason with -130 odds, and their win total has risen on the over/under to 9.5. At points during the offseason, this number was as low as eight, which would’ve been a second straight losing season. Ten wins will likely be necessary to get into the playoffs, and while eight was a number any bettor should’ve hammered, a -125 return on the over still has a bit more juice than the under’s -105. You can still have the over/under win total at eight from Bovada, but the return is drastically lessened at -260. If you feel confident about a push at 10 wins and winning with 11, Minnesota will pay out at +180.

Looking at individuals, the Vikings edge rushers are licking their chops as Danielle Hunter is now paired with Za’Darius Smith. The former’s over/under sack total is set at 11.25, while the latter’s sits at 10. Kirk Cousins can follow up a nice 2021 by hitting on his over 31.5 touchdowns, and he’s tasked with surpassing 4,150.5 yards through the air.

Dalvin Cook enters a new offense and provides a dynamic threat for O’Connell both on the ground and in the receiving game. His rush total is set at an over/under of 1,500.5 yards with 9.5 touchdowns. If you want to look at the receiver group, Justin Jefferson is being asked to follow up his rookie campaign to the tune of more than 1,350.5 yards and more than 9.5 touchdowns.

Maybe somewhat surprisingly, O’Connell is currently Bovada’s favorite for NFL Coach of the Year at 12/1. He’d become the first Vikings coach to receive the honor since Dennis Green in 1992 and only the third in franchise history, with Bud Grant being the other. Danielle Hunter gets some love as the 7th highest odds for Defensive Player of the Year, checking in at 25/1, and he does so ahead of Khalil Mack and Von Miller.

As the MVP has primarily been a quarterback award, Cousins is the Vikings player with the highest odds coming in at 50/1, tied for 16th across the sport.