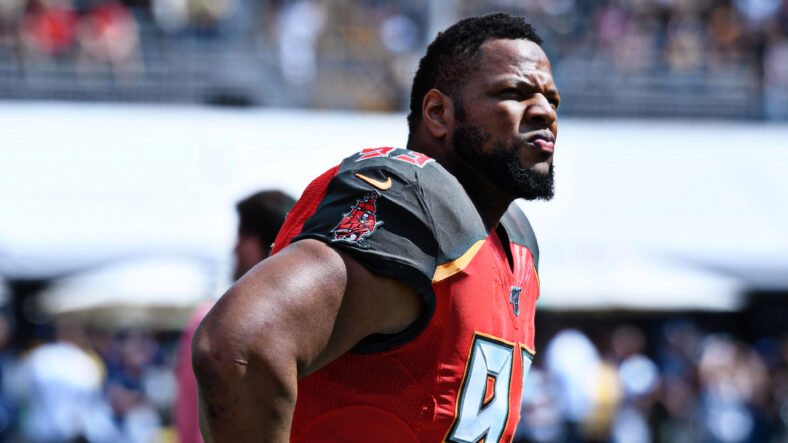 The Ndamukong Suh free-agent sweepstakes isn’t over yet.

Suh was inserted in the Minnesota Vikings rumor mill three weeks ago, but the chatter silenced thereafter. On Tuesday, the topic resurfaced after a tweet from NFL analyst Dov Kleiman.

Fourth-year veteran Armon Watts is tentatively scheduled to start for Minnesota in 2022, but a Suh addition would cast that theory into doubt.

And left up to Vikings fans, Suh would be welcomed to Minnesota with open arms. Fans were unscientifically polled on Tuesday, taking the temperature on a possible Suh-Vikings relationship. Over three-fourths of respondents endorsed the potential acquisition.

Suh, 35, won’t return to his former employer, the Tampa Bay Buccaneers, as Tom Brady’s team recently signed Akiem Hicks, a notorious Viking killer from the Chicago Bears. But Suh wants to press forward elsewhere. He even tweeted interest in joining the Raiders back in June.

In 12 seasons, Suh has played for the Detroit Lions, Miami Dolphins, Los Angeles Rams, and Tampa Bay Buccaneers. He’s the league’s iron man, never missing a game to injury. He was suspended for a couple of games 11 years ago, but Suh has played in every game otherwise. Suh is also a Super Bowl champion, winning a title with Tampa Bay during its shellacking of Patrick Mahomes and the Kansas City Chiefs in 2020.

The future Hall of Famer played 63% of all defensive snaps for Tampa Bay in 2021 but had a down year by most standards, firing up a career-low 49.4 grade from Pro Football Focus. It is unclear if Suh will bounceback in 2022 or if the unremarkable season is the beginning of an age-related decline.

Suh has 70.5 sacks in his 12-year career with five Pro Bowls and three 1st-Team All-Pro honors. An addition of Suh to the Vikings roster would likely signal a backup gig for the aforementioned Watts. Suh owns enough credibility to usurp Watts as a starter if general manager Kwesi Adofo-Mensah pulls the trigger on the deal. Too, Suh has never been featured as a reservist player.

Suh’s wife, Katya, is from Minneapolis.

The Vikings Have an ‘Offseason Standout’

Jeffersonian Proclamation for 2022: “I’ll Be the Best.”

Kirk Cousins Among Those Impressed by Vikings Defense