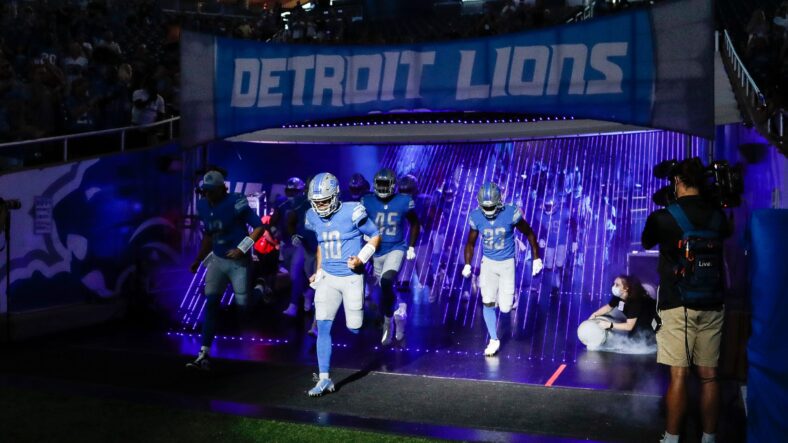 Minnesota Vikings QB3 David Blough last worked for the Detroit Lions less than a month ago, and he’s evidently providing trade secrets as the two teams meet in Week 3.

Detroit released Blough at the end of August, opting for the services of backup quarterback Nate Sudfeld instead. Vikings general manager Kwesi Adofo-Mensah signed Blough the next day.

Now Blough is also an informant, though, according to ESPN’s Kevin Seifert. He tweeted on Thursday, “Pretty standard practice here: Vikings OC Wes Phillips confirms the Vikings have debriefed No. 3 QB David Blough on the Lions.”

An undrafted free agent in 2019, Blough started his NFL career with the Cleveland Browns. He was employed by Cleveland for a few months before a trade to the Lions in August of 2019. He spent time as QB2 and QB3 behind Matthew Stafford, intermixed with fellow backups Jeff Driskel and Chase Daniel.

Blough made five starts as a rookie in 2019 when Stafford was injured, compiling 984 passing yards, 4 touchdown passes, 6 interceptions, and a 64.0 passer rating. The Lions were 0-5 under Blough’s leadership as a starter, and the Purdue alumnus hasn’t started a game since. He even started a game against Minnesota on December 8th, 2019, tabulating 205 yards, a touchdown, and two picks. He was sacked by Danielle Hunter three times that afternoon.

Last week, the Philadelphia Eagles grabbed EDGE rusher Janarius Robinson from the Vikings practice squad right before the teams met on Monday Night Football. Folks speculated that Robinson could’ve been poached for similar informant purposes, although the theory was never confirmed. However, based on the game’s outcome, it sure seemed like the Eagles knew a lot about the Vikings.

The Vikings and Lions enter Week 3 sharing a 1-1 record. Minnesota started 2022 hot, dominating the Green Bay Packers at home in Week 1, 23-7. The team rode [what they thought] was momentum into Week 2 versus the Eagles, but Janarius Robinson’s new team spanked the Vikings 24-7. Minnesota looked silly on offense and defense, leaving the special teams unit as the only group that played competently.

Detroit’s offense is cooking early in 2022 — an odd tendency for “the Lions.” Here’s a peek at the numbers through two games:

Still, with a high-octane offense through two weeks, Detroit’s defense ranks third-worst in the league per defensive EPA/Play. If the statistics from Week 1 and 2 are a reasonable indicator, Vikings-Lions could be a total shootout.

With or without Blough feeding the coaching staff intel, the Vikings are six-points home favorites to beat the Lions for the ninth time in 10 games.

Will a Pre-Existing Condition Prevent Me From Receiving Workers’ Compensation?

How Much is a Pedestrian-Car Accident Claim Worth?

The Other Underrated Vikings Player