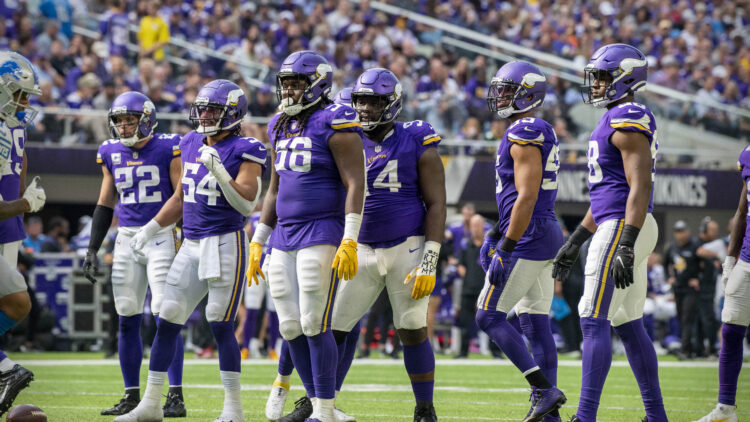 The Vikings generally have players who are underrated leaguewide, especially in terms of personal accolades like Pro Bowls and All-Pros.

Harrison Smith, for example, is just a one-time first-team All-Pro and a one-time second-team All-Pro. He might be the most underrated player in the league in the last decade. Cynthia Frelund, the NFL Network Analytics expert, published a list of her top 10 most underrated NFL players. She used an analytical approach:

For this exercise, I wanted to take a different approach to defining ‘underrated.’ So I looked at the biggest disparities between a player’s win share and his mentions (I used a combination of social tools, text analytics and search results between August 2021 and July 2022) to identify the 10 players we don’t talk about enough based on their performance.

The Vikings defensive tackle ranked the ninth most underrated player in the league. He signed a contract as an unrestricted free agent in the 2021 offseason. The Vikings didn’t have a lot of cap space but added void years to his deal to spread out the cap hit into future years. He signed a 2-year, $21 million contract. He’ll have a cap hit of $7.5 million in 2023 and $2.5 million in each 2024 and 2025, even if he’s no longer on the roster, as he’s set to become a free agent after the upcoming season. A big investment of future cap space for a defensive tackle. However, he’s worth every penny.

Tomlinson came into the league as a second-round pick in 2017 out of Alabama. In four years with the Giants and one with Minnesota, Tomlinson just missed one game total. He can play the nose tackle position and three-technique. In 2022, he’ll play as a defensive end in the new 3-4 defense, as Harrison Phillips will play the defensive tackle position. Armon Watts, the young interior lineman, will be the final piece of the defensive front.

They will get help from excellent linebacker groups. On the outside, Za’Darius Smith and Danielle Hunter will pressure the quarterbacks, and both are good against the run. In the middle, the Vikings have a strong group of linebackers, especially veterans Eric Kendricks and Jordan Hicks.

Tomlinson is a great run stopper and can rush the passer. The data of Cynthia Frelund agrees with that take:

Interior D-line love coming up! In his five NFL seasons, Tomlinson has never had a PFF defensive grade below 74.9, which is above average. Computer vision shows that Tomlinson pushed a center or guard into the quarterback’s pressure halo (the 6-foot circle around the QB) at a career-high rate last season and at the third-highest rate among interior defenders. Stopping the run is his forte, but adding some extra push on passing downs figures to keep adding to his value.

Tomlinson is one of the most consistent players in the league, especially in terms of PFF grades:

He might have had his lowest number last season as a Viking, but a minor decrease doesn’t mean much.

According to PFF, Tomlinson was the fifth best Viking in 2021, only trailing Jefferson, Cousins, Smith, and Hunter. He also was the 16th best of 109 interior defensive linemen in the NFL.

He is underrated because he is not a big self-promoter. Tomlinson is just putting his head down and doing his job, stuffing running backs. The defensive tackle is getting paid handsomely, so he’s not underpaid. However, his level of play, reliability, and consistency compared to the hype around him make him underrated.

The most underrated player on Frelund’s list is a kicker. Justin Tucker from the Baltimore Ravens. He’s the most accurate kicker in NFL history, especially in Minnesota, the state of missed kicks. He should get a lot of respect.

Another Viking who missed the list but could be on it is C.J. Ham. The fullback is a rare do-it-all type at his position. He’s a remarkable blocker, rushes the ball, and catches it outside. Folks think the Vikings don’t need a fullback in the new system because the Rams didn’t have one on their Super Bowl run. However, Ham isn’t just a generic fullback. He is a true weapon, and O’Connell will find a way to use him in his offense.

Load the Box: Let’s Move Past MNF, and Move On to The Lions

Who Will Win the Vikings Cornerback Battle?