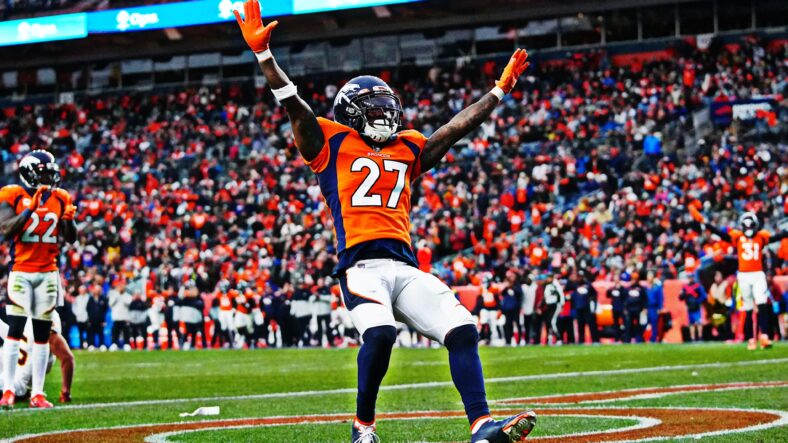 The Minnesota Vikings came one step closer to a clean bill of health on Monday as free-agent newcomer Nate Hairston left the NFL’s Non-Football Injury list. Hairston was nursing an ankle injury.

The former Denver Broncos cornerback was an Ed Donatell carryover from last year. With Donatell, Hairston played 15% of Denver’s defensive snaps in 2021, evidently enough for the new defensive boss in Minnesota to welcome a reunion.

Hairston was drafted by the Indianapolis Colts in Round 5 of the 2017 NFL Draft, where he stayed for two seasons. Thereafter, he had stints with the New York Jets, Broncos, and now Vikings.

The 28-year-old has played in 59 career games while starting 18. When granted somewhat extensive playing time in 2017, 2018, and 2019, Hairston usually ended up with a Pro Football Focus grade in the 50s range at season’s end. Although, in 2021, he recorded a 73.3 PFF score with Donatell as his coach, albeit with small sample size. Hairston has registered two interceptions and 104 total tackles in his career.

With the Vikings, the Temple alumnus will compete for a roster spot as the Vikings trim the depth chart from 90 men to 53 at the end of the month. Minnesota has “locks” at CB, including Cameron Dantzler, Patrick Peterson, Andrew Booth, and Akayleb Evans. Hairston joins Chandon Sullivan, Kris Boyd, Harrison Hand, Tye Smith, and Parry Nickerson in the group fighting for a place on the regular season roster.

Hairston may have a slight advantage over Boyd, Hand, Smith, and Nickerson with his special teams background. He played 63% of all Broncos special teams snaps in 2021, inching his candidacy closer to a roster spot with the 2022 Vikings.

The Jets Trade with Jaguars Is a Measuring Stick for Vikings

Don’t Get Tricked about the Lions Defense