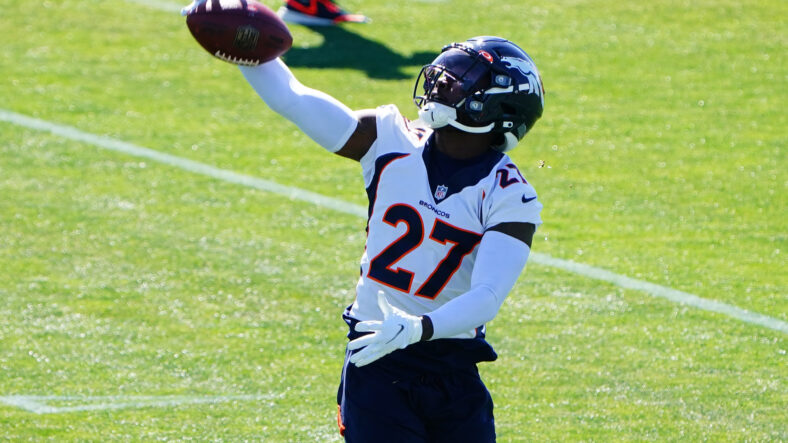 Due to the start of the training camp, the Vikings have to put various people on different injury lists.

Two Vikings landed on the PUP list, which means they suffered an injury while with the team and can’t physically perform now. Blake Proehl and Ryan Connelly will miss at least the start of training camp. The Vikings can activate the two at any point before the season starts. Both of the players suffered a torn ACL last season. However, they should be closing in on a comeback since they weren’t placed on the injured reserve list.

The Active/Non-Football Injury list is similar, but the injury didn’t happen on the team’s watch. That can be an accident while riding a bike in the offseason, and it can be some tightness. For cornerback Nate Hairston, it’s the latter, as Darren Wolfson reports.

The cornerback was a free agent signing in the offseason. He joined his former defensive coordinator from Denver, Ed Donatell, in Minnesota. That familiarity with the DC and the scheme could help him clinch a roster spot. The Broncos had solid defensive backs, so Hairston didn’t start more than one game there. However, he still found a way to play snaps as a backup. He played 148 snaps last season on defense and over 200 for the special teams unit. Another thing that could help him make the roster. Most of his snaps came in the slot, but he can also play outside.

The Broncos weren’t his first stop in the NFL, as the cornerback got drafted by the Colts in the fifth round of the 2017 draft. The Vikings drafted guard Danny Isidora and wideout Rodney Adams in the same round. After appearing in 27 games in two seasons in Indianapolis, including 11 starts, he moved on to the Jets. 13 games and six starts later, the Jets cut him, and he landed with the Broncos for the remainder of 2020 and 2021.

His landing on the NFI list isn’t a great way to start his first Vikings camp. He has to fight for a roster spot, and missing practices doesn’t help him. He probably has to beat out Chandon Sullivan for the spot in the slot or outside cornerbacks like Harrison Hand, Parry Nickerson, and Kris Boyd. Hairston can come off the list at any point and return to the field.

A player on the active NFI list still counts against the 90-man roster. So unlike placing a player on injured reserve, the Vikings can not fill his spot on the roster with a different player.

Once-Promising Viking Cut by Another Team

Can the Vikings Take Care of Business on the Road?