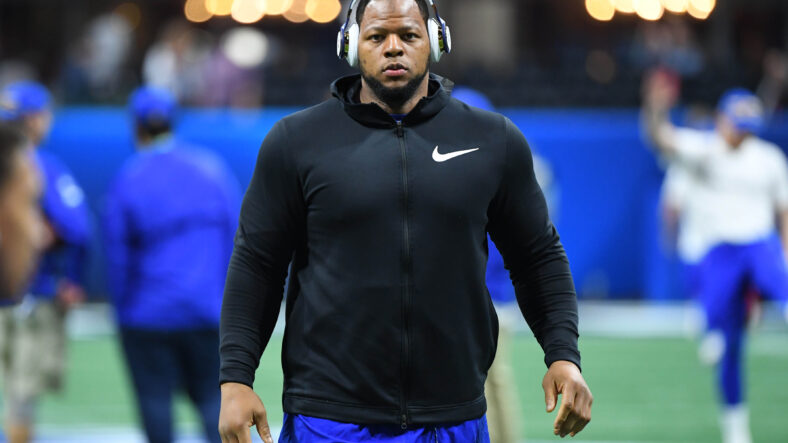 The Vikings are listed at the top of the Ndamukong Sweepstakes after a tweet from Tyler Dragon of USA Today started it all in June.

Since then, Suh-to-Vikings has been an on-again-of-again discussion, with the two parties apparently not in the same ballpark for contractual value. Still, Minnesota is the frontrunner to land Suh, evidenced by Bovada Casino’s latest odds.

Suh, 35, last played for the Tampa Bay Buccaneers, even winning a Super Bowl with the club in 2020 over the Kansas City Chiefs. To date, he’s played for the Detroit Lions, Miami Dolphins, Los Angeles Rams, and Buccaneers.

Minnesota could arguably use the five-time Pro Bowler and three-time All-Pro on its 2022 defensive line. For now, Armon Watts is on deck to start in Ed Donatell’s defense, and his performance in 2022 will determine if he’s a full-time starter in the NFL or if his 2021 relief duty for Michael Pierce was an “every dog has its day” moment. Adding Suh would likely send Watts back to reservist duty and formulate a star-studded defensive front for the Vikings, including Danielle Hunter, Za’Darius Smith, Harrison Phillips, and Dalvin Tomlinson.

Suh notched a 49.4 score from Pro Football Focus in 2021, by far the worst of his illustrious career. It is unclear if the measly grade signals an age-related decline or simply a “down year” during his final stint with the Buccaneers.

The Vikings have around $8.7 million in cap space as of August 8th. Suh probably wants nearly all of it, whereas Minnesota seems hesitant not to leave a little in reserve.

Last week, Darren Wolfson from KSTP said about Suh on SKOR North’s YouTube show, “They would happily take him today. They’d love to have him on the practice field tomorrow but at a very specific price point. What Suh is looking for and what the Vikings are looking to do, my understanding is the two sides aren’t remotely close.”

The veteran defender played 63% of all defensive snaps for Tampa Bay in 2021. In his career, he’s loggen 70.5 sacks and a sometimes unsavory reputation.

Overall, actual betting money is on Suh to join the 2022 Vikings, but dollars must align.

Suh’s wife, Katya, is from Minneapolis.

Apparently 1/3 of the NFL Wants Alexander Mattison via Trade

All the Vikings News: September 12