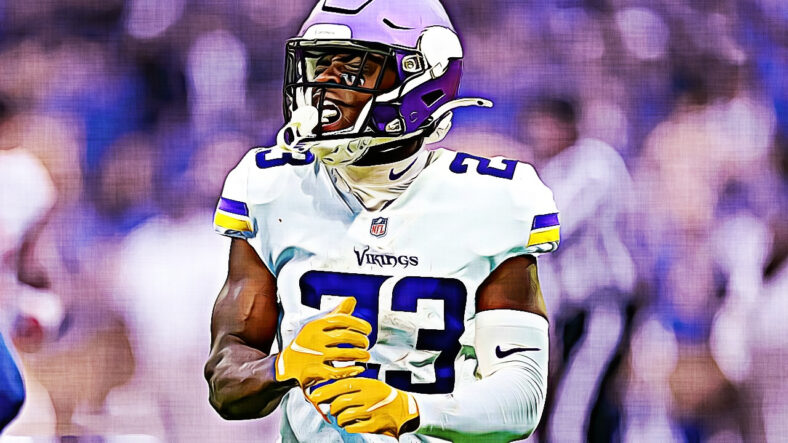 Every year, teams in the NFL are hoping for new players to break through and raise their game to a new level — whether it’s this year’s rookies establishing themselves within the team, players that have been around for a year or more as backup or rotational players coming through to establish themselves in a bigger role, or even players who are established as good starting-caliber talent, making the jump to the next level and becoming a real top-level player.

There are several players on the Vikings roster with the potential to make these jumps. Here are my Vikings 2022 breakout candidates.

The most obvious one.

You always want your first-round pick to make an immediate impact. Everything about Lewis Cine suggests it won’t take him long. He is already at this early stage of getting practice reps with the first team, and it wouldn’t surprise me if he is named the starting free safety in Week 1. A physical player with high intelligence and good leadership skills, I expect Cine to be a key player in the Vikings defense from the start and to have a very good season.

The Vikings second-round pick is a first-round talent as far as I’m concerned.

The Vikings got incredibly good value landing him where they did. Patrick Peterson and Cameron Dantzler are the incumbent cornerbacks, and the Vikings may see Andrew Booth as the eventual replacement for the veteran Peterson. If Dantzler can find consistency, Booth may have to bide his time. However, with the good blend of size, length, and physicality for an outside cornerback. He will get chances to impress during the season.

It was supposed to be last year, but a knee injury ended that prospect. Irv Smith comes back with a new offensive head coach and hoping to finally have his breakout season.

The emergence of KJ Osborn last season means he won’t be the undisputed third receiver he was expected to be last year. With plenty of receiver depth on the roster in the shape of Albert Wilson, Ihmir Smith-Marsette, Bisi Johnson, and Jalen Nailor, as well as Dalvin Cook possibly having a greater role in the passing game, opportunities for the Vikings offensive playmakers could be spread around.

I still expect Smith to carve out a considerable role this offseason and have his best season to date.

Last year’s first-round pick had a first season in the NFL that was blighted by injury. With those issues hopefully in the rear view mirror, I’m expecting a big season from Christian Darrisaw.

He looked a good player despite the stop-start nature of his rookie season. There was certainly enough to suggest he can be the long-term answer for the Vikings at left tackle. With an entire preseason behind him, Darrisaw will look to raise his game to the levels of the other top young tackles in the game — like Rashawn Slater and Penei Sewell.

The first four were fairly apparent choices, so I wanted to be more “outside of the box” with my final selection.

I was excited to see what Jaylen Twyman could do as a pass-rush specialist in his rookie season. When he became the victim of a shooting that went on the back burner, his health was the primary concern. There has been no lasting damage that should affect his football career. He had a year away to build his strength and ready himself for this season. The Vikings lack a pass rush on the interior of the defensive line is where I am going to be bold and predict Twyman comes through and makes an impact. I can see him getting 3 or 4 sacks this season. And for a sixth-round pick who missed his rookie season, this would represent an excellent outcome.

How Would the Vikings Have Fared Against the Colts in Super Bowl 44?