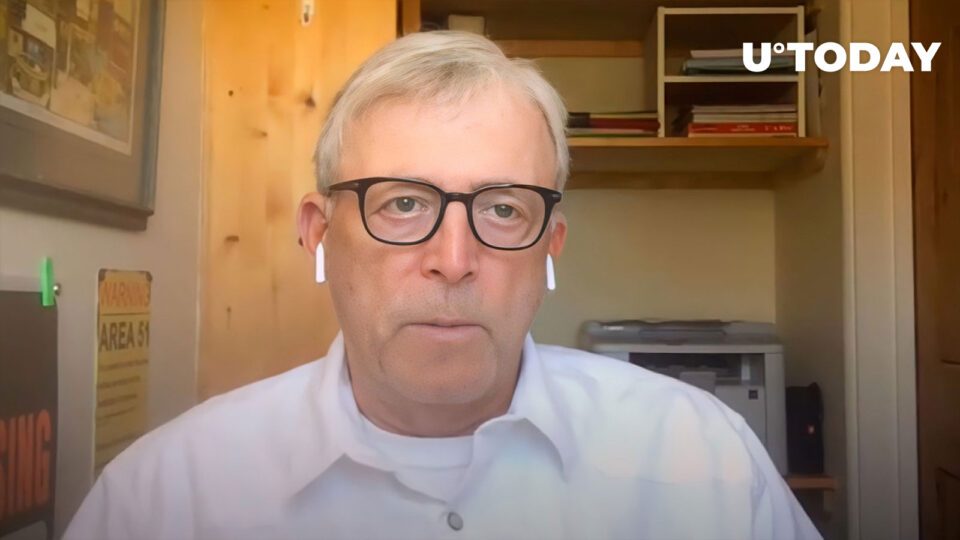 Veteran trader Peter Brandt has posted an ominous chart pattern for the ADA price, which he tagged “Without comment ADA.”

Responding to the veteran trader’s post, Cardano founder, Charles Hoskinson, says he is “also super surprised.” “Chart people once again forget to remember that there is apparently an entire world out there. It has central banks, nations, economies, supply chains. And all of those factors actually have an impact on markets. I’m also super surprised,” he stated in response.

The concerning chart pattern indicated by the veteran trader pertains to the “descending triangle” — a bearish formation that usually forms during a downtrend as a continuation pattern.

ADA is currently approaching the support of the lower trendline of its descending triangle setup as it trades at $0.46, up 1.82% in the last 24 hours.

Since the start of September, Cardano has seen a slew of good news, from its listing on the stock brokerage app Robinhood to the successful launch of the Vasil upgrade on Sept. 22.

The Vasil upgrade was triggered on the mainnet at 9:44:00 p.m. UTC on Sept. 22 to the joy of the Cardano community. The Vasil upgrade hopes to bring increased functionality, performance and scalability to Cardano.

The upgrade arrives in the month of Cardano’s fifth anniversary and, interestingly, in the birth month of Gerolamo Cardano, one of the most influential mathematicians of the Renaissance, whom the Cardano blockchain was named after.

On Sept. 23, the IOG team successfully submitted the Plutus V2 cost model to the mainnet, which brings the full Vasil capability to developers after the next epoch, which is on Sept. 27.

As reported by U.Today, Cardano founder, Charles Hoskinson, stated that the markets have entered into a bearish phase, when asked about the underperformance of ADA. The Cardano creator also claims that markets are disconnected from reality as Cardano has never been stronger than now.

Can I afford to buy a second home?

Vikings Game against Lions Is Terribly Important, and Here’s Why.

Here’s When Bitcoin May Hit $15,000, According to Arthur Hayes

ADA Listing on FTX Could Turn into Tragedy, Cardano Founder and BitBoy Discuss