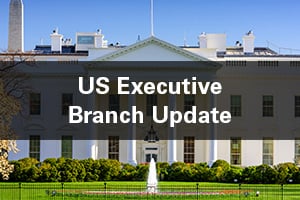 This report provides a snapshot of the U.S. Executive Branch priorities via daily schedules and the prior day’s press releases.

4:15 p.m. EDT – THE PRESIDENT delivers remarks at the third meeting of the White House Competition Council highlighting the significant progress made on the competition agenda in the last year and previewing new actions that will save families money and lower costs | State Dining Room

2:40 p.m. JST – THE VICE PRESIDENT will arrive at Yokota Air Base

5:30 p.m. JST – THE VICE PRESIDENT will participate in a bilateral meeting with Prime Minister Kishida Fumio of Japan, where they will discuss the strength of the U.S.-Japan Alliance, as well as regional and global issues | Akasaka Palace

6:10 p.m. JST – THE VICE PRESIDENT will participate in a dinner hosted by Prime Minister Kishida of Japan | Akasaka Palace

*The U.S. President (POTUS) and Vice President’s (VPOTUS) daily schedules are subject to change, as is the White House press briefing schedule.

Department of the Treasury

Weed around the world: Bangkok, Thailand

Public Adjusters Versus the Bloods

California Privacy Rights Act: Big Changes For Employers With Employees in California In 2023