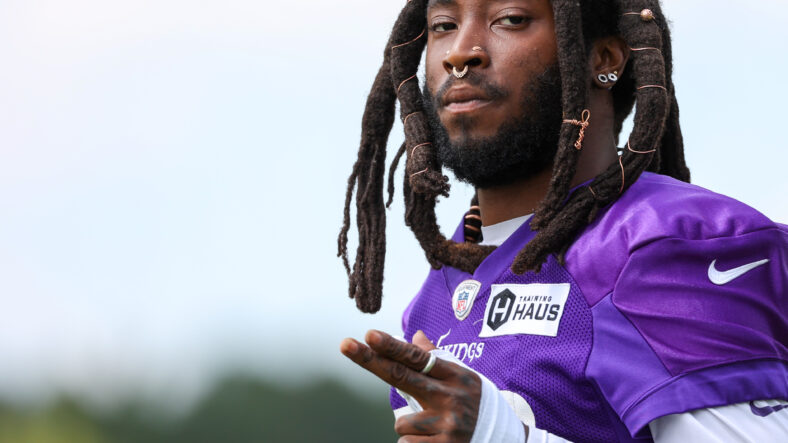 A 5th-Round pick from the 2020 NFL Draft, cornerback Harrison Hand was waived on Tuesday, highlighting the Minnesota Vikings roster moves. All NFL teams were mandated to trim rosters to 80 men by August 23rd.

Hand had been with the Vikings for two seasons, and most onlookers of the team would’ve theorized his release next week, if at all, when rosters will reduce to 53 players. And other lesser-known personnel felt like a safer choice for the team’s shave down to 80.

No luck for Hand, though, as the Temple alumnus will go through waivers and hit free agency if unclaimed. The Vikings also waived tight end Shaun Beyer, who was signed about a month ago. Linebacker Ryan Connelly and wide receiver Blake Proehl were placed on the Reserve/Physically Unable to Perform (PUP) list.

Hand played in 23 games for Minnesota while starting one — a Week 17 in 2020 game at Detroit. In the game before he got the nod as a starter, the Vikings were gutted in a yuletide tryst versus the New Orleans Saints, but Hand stood out with three tackles, two passes-defended, and an interception.

All told, Hand played 165 defensive snaps in Minnesota and was on the field for 261 special teams plays. His significant special teams input suggested Hand might be safe to make the 53-man roster or visit the 2022 practice squad. Yet, mystery looms for regular-season roster decision-making with a new coaching staff.

Like Hand, Beyer will go through the NFL’s waiver process and is likely to hit free agency. The injury-list assignments for Connelly and Proehl are unfortunate as both men battled health matters in 2021, too. They are now seemingly guaranteed to miss regular season action.

The Vikings and all NFL teams must pare regular season rosters to 53 men by August 30th.

Service of Process: An Overlooked Challenge of Litigation During COVID-19

Vikings Did the NBA 2K Meme

Kirk Cousins Is Leaving Meat on the Bone