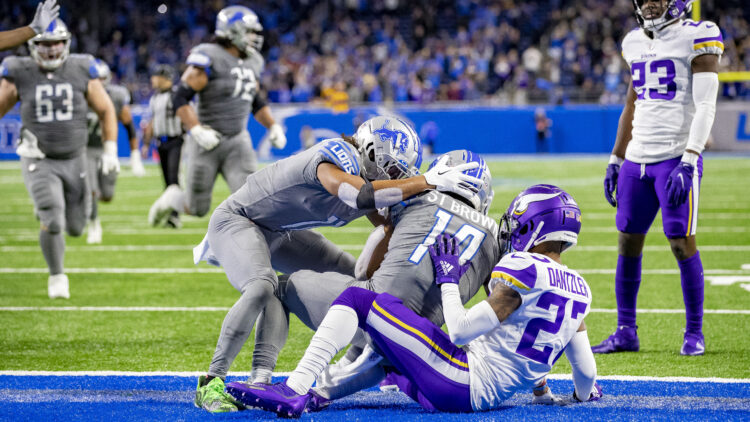 Contrary to popular and misguided belief, the Minnesota Vikings offense in 2020 and 2021 did not wholly cause the franchise’s devolution into mediocrity. Indeed, the Vikings tabulated a 15-18 (.454) record over the last two years. But an unholy stat posted by CBS Sports this week tells the tale of purple futility.

One’s eye test probably scoped the problem — over and over again — but the math illustrates Minnesota’s main malfunction as of late.

Of course, Vikings fans can rightfully skewer the offensive line for porous trenches. Few would disagree with the assessment. Others enjoy “blaming” the quarterback who, at a top-notch pricetag, should be able to drag a team to the playoff by himself. He can’t.

On the whole, though, the Vikings end-of-half defense directly manufactured losses — there’s really no debate about it.

And there you have it. In back-to-back seasons, the 33-game skid to end Mike Zimmer’s career in Minnesota, the Vikings surrendered more points in the final two minutes of halves than any team in the new millennium — twice.

For context, 702 teams have conducted full seasons since 2000. The 2020 Vikings and 2021 Vikings rank #701 and #702, respectively. So, the next time you see a Vikings fan stomping around wishing the team had a “better quarterback” or “passed the ball more on 1st Down,” just know that the outcomes of the 2020 and 2021 seasons could’ve been markedly different if the team showcased a not-heinous situational defense.

The goofy part? In 2021, Minnesota’s defense actually ranked eighth-best in the NFL per defensive EPA/Play outside of the two-minute parameter. It was as if they were designed to collapse when it mattered the most.

Thankfully for the Vikings sake, this saga can cease. It’s not guaranteed to go away, but the franchise hired a new front office and coaching staff six months ago. For the 2022 Vikings to land on the CBS Sports naughty list, the curse would have to be uniquely Minnesotan and nothing to do with the team’s coaching.

The awful end-of-half stats are merely a continuation of other Vikings statistical oddities, too. For example, in 2021, Minnesota’s defense ranked 30th in yards allowed to opponents — but second in sacks. Bizarre. On offense, the team ranked first in the NFL per 15+ yard plays and fewest turnovers — but missed the postseason. And, of course, the eighth-best defense per EPA/Play versus historically horrid points allowed with the game on the line.

Never forget — the Vikings set an NFL record for games decided by eight or fewer points (14 games) in 2021. So this stuff mattered.

Can I Get a Wisconsin Professional License if I Have a Felony Conviction?