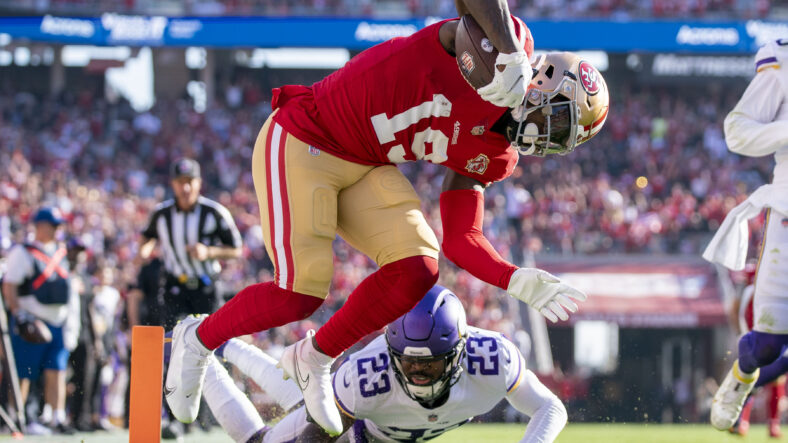 The Minnesota Vikings are less than one year away from having to extend their star receiver Justin Jefferson. Throughout the past two NFL seasons, no other player has more receiving yards, and only nine players have more receiving touchdowns than the 2020 first-round pick. With that, it’s expected that Jefferson’s contract will be quite hefty, no matter how much the receiver supposedly despises money.

Because of this, every extension that happens leading up to Jefferson’s is one that Vikings fans should be paying attention to. This week, two more highly anticipated negotiations reached the finish line after contentious hold-in periods. The players signing those contracts were DK Metcalf of the Seattle Seahawks and Deebo Samuel of the San Francisco 49ers.

Metcalf signed his deal on Thursday, which is over three years and worth $72 million with $58.2 million guaranteed. Meanwhile, Samuel signed his on Sunday afternoon, and his contract is also three years long but worth $73.5 million with $58.1 million guaranteed. Metcalf finished 2021 with 75 receptions, 967 yards, and 12 TDs. Meanwhile, Samuel played a receiver-rusher hybrid role for the Niners and recorded 136 touches, 1770 yards from scrimmage, and 14 total touchdowns.

Trends aside, there is no receiver today, especially at the ripe, old age of 23, who has been as prolific as Jefferson. In fact, Jefferson’s age-22 production of 1616 yards was the second-most receiving yards for any player at that age. The only player ahead of him was Josh Gordon who recorded 1646 with the Cleveland Browns in 2013.

Gordon never got to see his extension as his career went off the rails in the following season, so Jefferson’s situation is truly unprecedented. With Kevin O’Connell bringing in a new, modern offense as well, we could see Jefferson put up numbers that we’ve never seen before at the wide receiver position.

We’ll see how much the young star actually dislikes money when his negotiation period rolls around this winter. One thing is certain, though. No matter how much money Justin Jefferson is handed by the Vikings, he’ll be worth every penny. 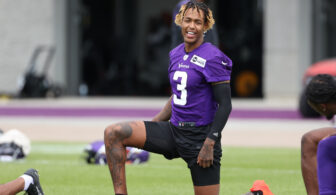