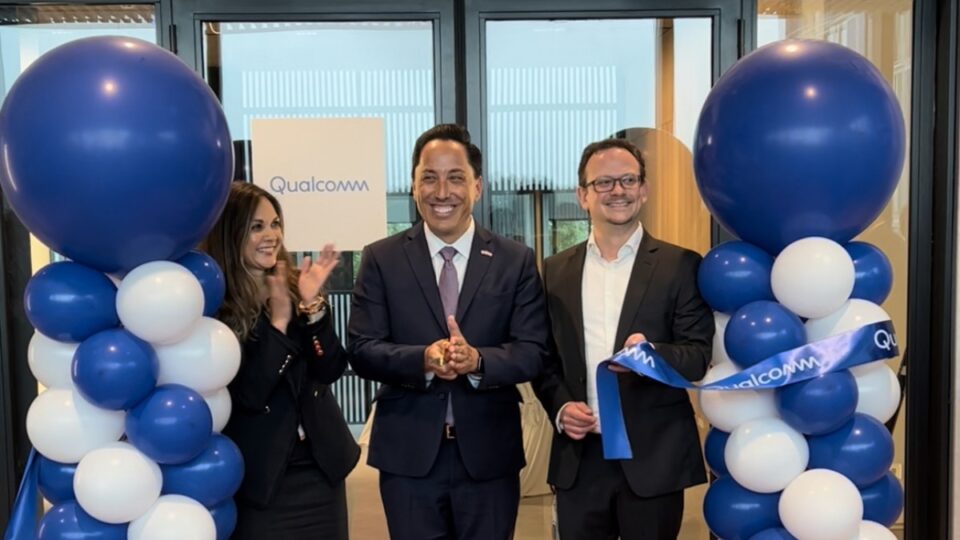 The ceremonial opening of the lab, located in the heart of Amsterdam’s innovation district, formalized a partnership with the wireless pioneer and the University of Amsterdam to support a pipeline of engineering talent

“Nearly 40 years ago, a small tech company made a commitment to this region that would shape our innovation ecosystem — and our world — as we know it,” said Gloria. “I’m proud to support Qualcomm’s continued growth in San Diego and around the world.”

Qualcomm supported more than 28,000 San Diego jobs and had a $4 billion local economic impact, according to center officials. For every job at Qualcomm, an additional 1.8 jobs were supported elsewhere in San Diego economy.

The three-day trade mission, which started Monday, will highlight key industries in an attempt to establish and strengthen business relationships. The delegation will travel to Amsterdam, The Hague, Rotterdam, Eindhoven and Leiden.

Home to Europe’s largest port and fourth-busiest cargo airport, the Netherlands is a hub for global trade and business. Netherlands-based companies directly employ 5,000 San Diegans, predominately in the innovation economy at companies like ASML and Philips.

The mission is organized by the trade center, an affiliate of the San Diego Regional Economic Development Corporation, with assistance and support provided by the Consulate of the Netherlands. Companies acting as sponsors include ASML, Lufthansa and Qualcomm.

Nine Injured, Including Children, in Del Cerro Freeway Wreck on I-8