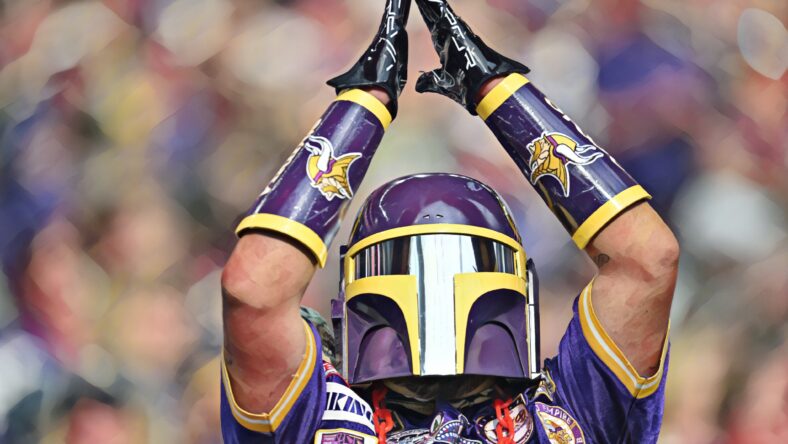 The pill is difficult to swallow, but this is the week when Minnesota Vikings fans should cheer for the Green Bay Packers.

It’s not for loyalty-defiance or vibes. Rather, Vikings faithful should wish ill will upon the Philadelphia Eagles, who play the Packers on Sunday night.

Of course, you can rest on your laurels with a hardheaded “I’ll never cheer for the Packers” soundbite. That’s fine, as few will fault you or really even care.

But the Packers are 4-7 through 11 games, and the Vikings are 9-2. Green Bay is no longer Minnesota’s primary foe in 2022. That rivalry is saved and cherished for seasons when Green Bay is actually winning. This particular season inexplicably isn’t one of those.

So, here’s the deal — the Vikings would be substantially aided by an Eagles loss in Week 12 and virtually any week from here on out. Why? Well, the Vikings are firmly in play for homefield advantage throughout the playoffs, but the Eagles own an irritating tiebreaker over the purple team, thanks to a Week 2 shellacking at Lincoln Financial Field.

The Vikings need to finish 14-3, while the Eagles are 13-4 at regular season’s end (or 13-4 vs. 12-5 and henceforth). It doesn’t matter who the Eagles play — so long as the Vikings continue to win — you, as a Vikings fan, are an enthusiast of the other team.

This week, that includes the Packers. Here is the math if you’re still hesitant, stubborn, mad, or in disbelief.

A Packers win would crack open the door for the Vikings to win the next few games, along with one or two Eagles losses (TEN, at NYG, at CHI, at DAL), and reasonably hand Minnesota a chance at homefield throughout the postseason.

Most of this cheer-for-the-Packers madness is predicated on the Vikings continued commitment to winning. If they do just that, every Eagles loss matters — even if the Packers are on the other side of the field.

Increasing The Online Visibility Of Your Website To Boost Sales

The World Has ‘Grades’ for Vikings Big Trade

ESPN Draft Analyst Has Defense on the Brain for Vikings

The Vikings Current Roster after First Wave of Cuts