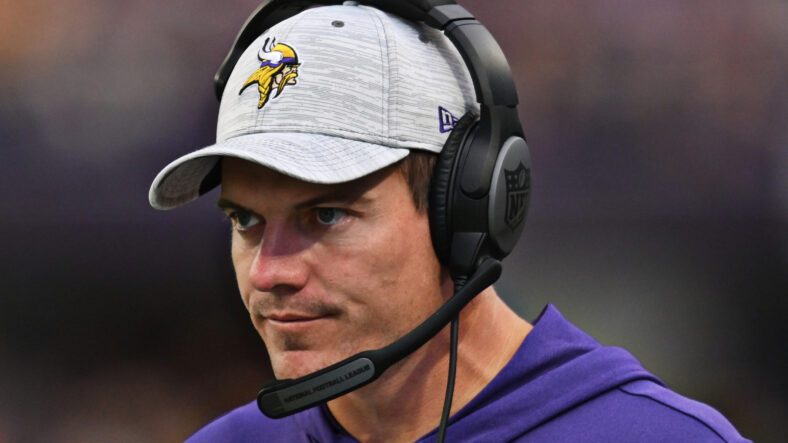 In 2021 the Minnesota Vikings found more ways to lose games than anyone could have imagined. Despite being within striking distance at the end on multiple occasions, they continually came up short. In 2022, nothing could be more opposite, and the Vikings have completely flipped the script.

Often times, certain aspects of a football game are attributed to coaching and leadership. How penalties are taken generally points back to discipline and preparation. Clock management and midfield decisions are a reflection of understanding scenarios. While it’s on the quarterback and offense to lead game-winning drives, resolve is often a derivative of support and that starts at the top.

A season ago, Mike Zimmer saw his team lose in the first two weeks by a combined four points. They then lost in Week 4 by a single score, and after getting beaten by four points at the hands of a backup quarterback in Week 8. Week 9 was another overtime loss, one by just three points.

Weeks 12 and 13 were both one-score losses with the game against the Lions being just a two-point deficit. A Week 16 defeat by the Los Angeles Rams was another one-score game, and it wasn’t until Week 17 against the Packers that Minnesota was blown out. Despite opportunity at every turn, the Vikings never went through the door.

Fast forward to where we are in 2022, and nothing has been more of a complete turnaround. The Vikings have won four straight games by a touchdown or less. They’ve come from behind in the 4th quarter when it’s been necessary, and they’ve held up on defense when facing a game winning drive. Minnesota has only blown out one team, the Packers in Week 1, but good teams can win ugly games.

Kevin O’Connell has his squad in a position to make significant noise in the NFC North, having beaten each of their divisional foes already. Beyond that, this Vikings team could continue to push for one of the best records in football.

They’ll likely be favored in many of their games moving forward. Already having set themselves up in a strong position, they must continue to show up when the game is on the line.

When the dust settled last year, Minnesota stared at an 8-9 record while missing the playoffs. There’s no denying they had ample opportunity for a much better outcome. Unfortunately, they didn’t handle business when necessary, and it became a discussion of “what if?”

You can often generate your own good luck in sports by doing the little things right and executing in key situations. Thus far the Vikings have seen a good deal of luck, and it’s benefitted them in ways that they’ll control their own opportunity. For O’Connell and his team, the right foot has been put forward. It just needs to continue that way.

The NFL’s Top QBs after Week 13

The Vikings Top Offensive Performers vs. Packers, per PFF