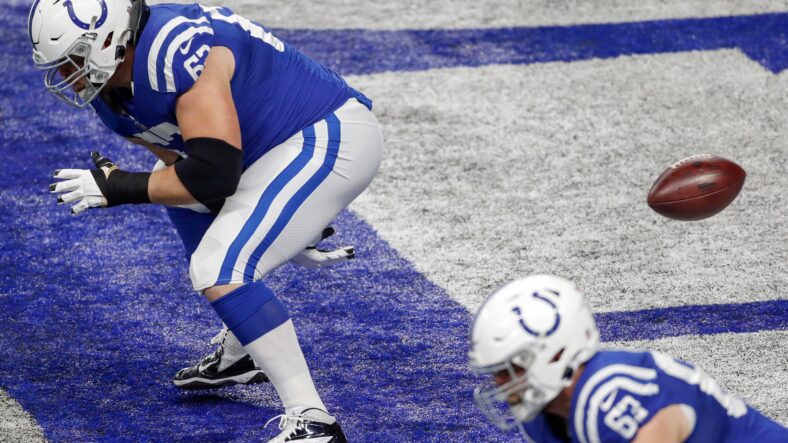 The Minnesota Vikings need a contingency plan at center, mainly because the second week of training camp started like this:

While unsurprising, incumbent center Garrett Bradbury was believed to have added weight and gained the insights of a different coaching staff this offseason. Bradbury was selected in the 1st Round of the 2019 NFL Draft to anchor the middle of the Vikings offensive line. To date, he’s been a decent run-blocking lineman but struggles woefully keeping quarterback Kirk Cousins upright. One of Cousins’ chief weaknesses is pocket presence — at least compared to other notable passers — so Bradbury’s shortcomings don’t jive well within Minnesota’s offense.

Well, the team evidently has a backup plan, evidenced on the field at training camp on Tuesday. His name is Chris Reed, a free-agent addition by general manager Kwesi Adofo-Mensah. Reed joined the Vikings after stints with the Jacksonville Jaguars, Carolina Panthers, Miami Dolphins, and Indianapolis Colts — a journeyman indeed.

Reed, 30, took snaps at center with the Vikings second-team personnel, implying he might be the next man up if Bradbury falters this summer or early in the 2022 season. Moreover, Reed was asked by Chris Tomasson of the Pioneer Press in the spring about possibly playing center, if needed. Reed replied, “I’ll definitely play wherever they need me to play.”

The Minnesota State alumnus has experience with the aforementioned clubs playing left guard, right guard, and center. So far in his career, Reed has registered decent grades from Pro Football Focus, especially since 2019:

Why is the Reed contingency plan so vital? Simple. The Vikings pass protection from the last eight seasons has been putrid, sans an average output in 2017 — when the team reached the NFC Championship.

Finally, Vikings fans have salivated over the idea of signing free-agent center JC Tretter since March. Tretter was shockingly released in May, leading Vikings faithful to believe he’d be a no-brainer for the depth chart because of his ties to Adofo-Mensah, who last worked with Tretter in Cleveland. Well, nearly five months have passed, and no team has signed Tretter.

Perhaps the plan after Bradbury was Reed all along.