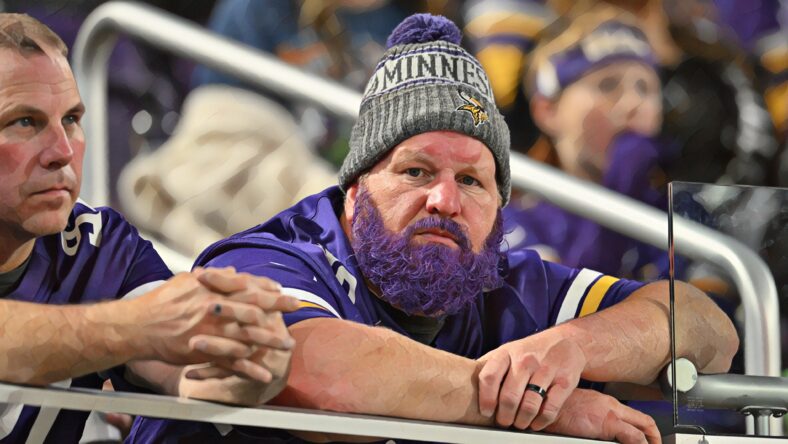 Cover your eyes because it isn’t pretty. As a result of the loss to the Dallas Cowboys, the Minnesota Vikings are the worst 8-2 team in NFL history, by the numbers.

Minnesota lost to Dallas in Week 11 by a score of 40-3, the team’s second-worst home loss since inception.

Accordingly, the club’s win-loss point differential deflated after the loss in Week 11, making the Vikings owners of a dubious distinction.

The Vikings are the first team in NFL history to have eight wins thru 10 games with an upside-down point differential (-2). They’ve been outscored by opponents 229-231. Every other team with an 8-2, 9-1, or 10-0 record through 10 games of a season had collectively outscored opponents.

Of all teams with an 8-2 record or better through 10 games of a season, these are the team with the slimmest collective score margin:

What does this mean? Well, a few things.

Vikings fans now wait for Thanksgiving night, as the Week 12 date with the New England Patriots should be a telling barometer. If they rebound and beat the Patriots — a team with the NFL’s best defense per EPA/Play — perhaps enthusiasm will revitalize and the Dallas loss will fall by the wayside.

But if Minnesota loses again at home, this time to Mac Jones’ Patriots, the through-eight-games stat will serve as regrettable vindication that the Vikings weren’t that good in the first place.

The Vikings haven’t beaten the Patriots in 22 years.

Irv Smith May Have Seen the End of His Vikings Career

The Vikings 2022 Offense by the Numbers: after Week 17

The Vikings ‘Most Underrated’ Player Is a Newcomer

Explained: State of the Vikings thru 7 Weeks