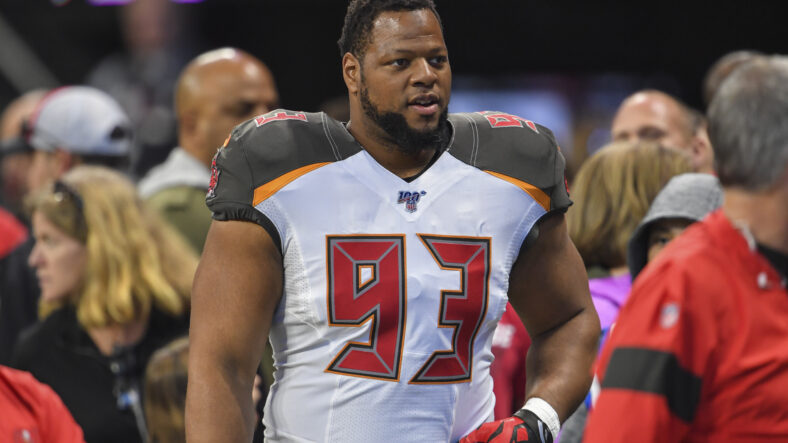 When the Minnesota Vikings waived quarterback Nate Stanley in July, some believed that roster move was a segue to Ndamukong Suh free-agent discussions. But the Vikings signed a depth tight end named Shaun Beyer.

Nevertheless, Suh remains a free agent, and Minnesota is reportedly still interested in the future Hall of Famer.

Money is in the way, though, according to Darren Wolfson from KSTP in Minneapolis. Wolfson said on Thursday about the Vikings ongoing interest in Suh on SKOR North’s YouTube show, “They would happily take him today. They’d love to have him on the practice field tomorrow but at a very specific price point. What Suh is looking for and what the Vikings are looking to do, my understanding is the two sides aren’t remotely close.”

Suh, 35, has never missed a game due to injury in his career. He’s as durable as Teflon but encountered a down season in 2021, tallying a 49.4 grade from Pro Football Focus. Since entering the league in 2010, Suh has played for the Detroit Lions, Miami Dolphins, Los Angeles Rams, and Tampa Bay Buccaneers. He won a Super Bowl in 2020 with the Buccaneers.

The hubbub about Suh-to-Vikings started in June from a tweet by USA Today’s Tyler Dragon.

Since then, it’s been a wait-and-see on the Vikings wherewithal to sign the defender. His asking price — for all NFL teams — is reportedly higher than GMs are willing to offer this late in the summer.

A five-time Pro Bowler and three-time First-Team All-Pro, Suh is likely headed for Hall of Fame induction when he calls it quits despite a rebellious reputation at times. Due to some on-the-field antics, Suh was labeled “dirty” as a younger man.

Suh has registered 70.5 sacks in his career with the Lions, Dolphins, Rams, and Buccaneers.

As of August 4th, Minnesota has around $8.7 million in cap space, and it likely isn’t interested in using all of it on Suh. The $8.7 million is the 12th-least in the NFL as of early August.

If the Vikings don’t find common ground with Suh, they will likely lean on Armon Watts as a starter in September. Watts performed quite well in 2021, but there’s always a chance that production was an outlier. Suh, on the other hand, is as consistent as the cold of Minnesota winter.

Should Adofo-Mensah find a pathway to acquire Suh, the Vikings defensive line would stand out, especially per name recognition:

Infamous 2021 First Round LT to Make Bears Debut This Weekend

Where Is Danielle Hunter? – Vikings Territory

Vikings O-Lineman Out for Remainder of Regular Season

These Are the 3 Vikings Players to Watch vs. Giants

A Hidden Key to Unlocking the Vikings’ Pass Rush