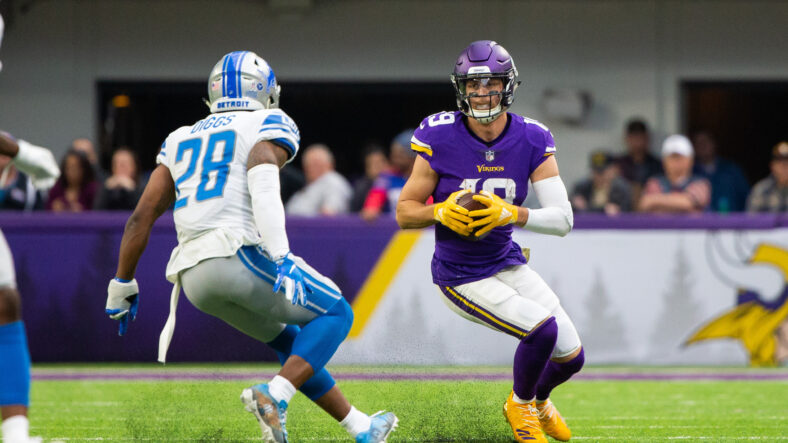 The Minnesota Vikings (1-1) are six-point favorites two days before a showdown with the Detroit Lions (1-1) in Week 3.

The Lions took care of business over the Washington Commanders in Week 2, 36-27, knotting their record at .500 after a Week 1 shootout loss to the Philadelphia Eagles. The Vikings lost to those same Eagles in Week 2 after a disappointing showing on Monday Night Football.

According to NFLPickWatch, a website that logs NFL experts’ picks weekly, about 72% of folks believe Minnesota will outlast Detroit in Week 3. The Vikings are six-point favorites to do so, per most sportsbooks.

Several notable personalities forecast a Vikings win over the Lions. As of Friday, these individuals predict Minnesota sending Detroit to the bottom of the NFC North with a 1-2 record:

Vinnie Iyer of Sporting News defended his prediction, “These teams split last year’s meetings, and each game was decided by two points. We’re still not sold on Detroit’s defense, and the Kirk Cousins-Justin Jefferson continues in a fun NFC North matchup.”

Mike Florio from PFT wrote about the matchup, “This has become a sneaky great rivalry, with a couple of barnburners in 2021. The Vikings should be able to win at home. Whichever team prevails, the final score should be close enough for the Lion to cover.”

The Vikings own a 79-40-2 (.661) all-time advantage over the Lions, one of the most lopsided rivalries in the NFL (and sports in general). Still, the Lions have performed relatively well through two weeks. And if Minnesota cannot rebound from its Week 2 lifelessness, Detroit could sneak out a win over the Vikings for only the second time in the last 10 tries.

The Lions haven’t won at U.S. Bank Stadium since 2017. It was the game that somehow kickstarted the Vikings eight-game win streak with Case Keenum at the helm.

The Attorney-Client Privilege (Re) Re-Visited

Another Victim of the Crypto Winter