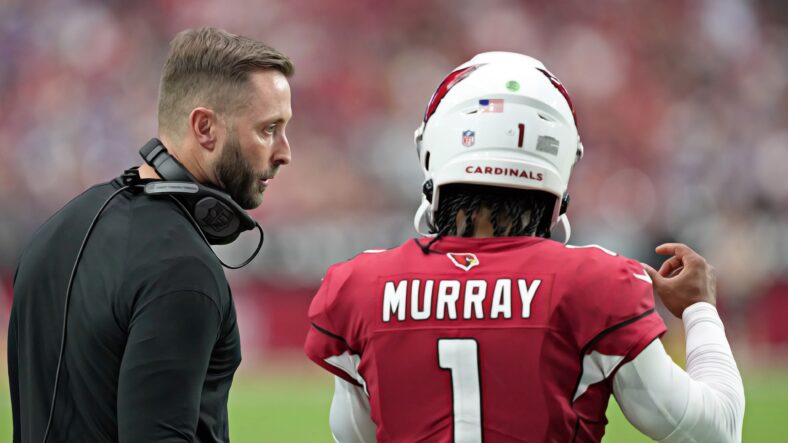 The Minnesota Vikings (5-1) are 3.5-point favorites three days before a showdown with the Arizona Cardinals (3-4) in Week 8.

The Cardinals beat the New Orleans Saints, 42-34, in Week 7 on Thursday Night Football in a game that probably saved head coach Kliff Kingsbury’s job. The Vikings conquered the Miami Dolphins in Week 6, followed by a bye in Week 7. Minnesota sits atop the NFC North with a 2.5-game lead on the Green Bay Packers.

According to NFLPickWatch, a website that logs NFL experts’ weekly picks, about 83% of folks believe Minnesota will take down Arizona at U.S. Bank Stadium in Week 8. The Vikings have a 17-12 (.586) all-time record against the Cardinals.

A handful of personalities forecast a Cardinals win over the Vikings, though, even as the Cardinals boast an underwhelming record. As of Thursday, these individuals predict Arizona sending the Vikings to a 5-2 record:

Vinnie Iyer from Sporting News said about the Vikings-Cardinals matchup, “Murray’s running ability can give the Vikings’ defense fits. The Cardinals’ defense is also making big plays and will capitalize on a few key mistakes from Kirk Cousins.”

Bleacher Report noted about Cardinals at Vikings, “With Hopkins back on the field along with newcomer Robbie Anderson, who can take the top off a defense, Arizona should be able to move the ball against Minnesota’s 28th-ranked pass defense. Don’t be afraid to place a wager on the Cardinals moneyline.”

The Cardinals haven’t won a football game in Minnesota for 45 years. They’ve lost ten straight contests on the road versus the Vikings, last winning in 1977.

Of course, the Cardinals outlasted the Vikings in 2021 via missed game-winning field by kicker Greg Joseph. Perhaps various Vikings players remember the blunder and seek vengeance.

If the Vikings are triumphant, they’ll be 6-1 in a season for the first time since 2009.

Kirk Cousins Gets Iced Out Again

‘Hitman’ Hit in the Unmentionables as London Game Ended