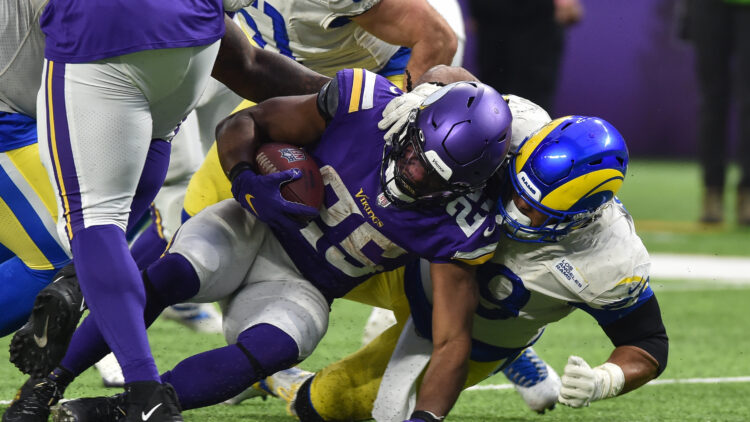 One of the main failures of the Mike Zimmer era rested in the inability to nail the first-round picks. The current Vikings are dealing with the ramifications of these failures in the present moment. If, for instance, Garrett Bradbury turned into an excellent center, this offense would be much further along. We could have similar conversations for Laquon Treadwell, Mike Hughes, and others.

Now, it’s easy to write about what the team should have done from out current vantage point. Several years have passed for most of the picks, and hindsight makes player evaluation crystal clear. As a result, we shouldn’t be overly haughty. Everyone misses draft picks. Nevertheless, there may still be some merit to this exercise insofar as it allows us to see some of the miscues that helped lead to some of the more recent struggles.

Rather than turn to the most recent drafts, I’ll instead just look at the drafts from 2014-19. Doing so allows us to have some more time to get a sense of how picks turned out. To help with this exercise, I’ve looked to the Vikings draft history at Pro Football Reference.

If his career ended today, Donald would go down as one of the greatest football players to ever play. The last time he didn’t finish first overall in the PFF DT rankings was in 2014, his rookie season. He finished 2nd. In other words, there has never been a time when he hasn’t been elite.

This year isn’t nearly as clear cut. The 2015 draft was sensational for Minnesota; it led to Waynes, Eric Kendricks, Danielle Hunter, and Stefon Diggs. You could likely say that the Vikings should have just snagged Hunter at 9th, but that’s a little boring since he already ended up in Minnesota. Under consideration were Preston Smith, Tyler Lockett, Za’Darius Smith, and Grady Jarrett (among others). The chance to get another elite edge rusher is too good to pass up, so I’ll snag Smith, thus partnering Minnesota’s current edge duo for the entirety of their career.

Another year, another tough decision. My defensive bias is showing a touch, so opting for Derrick Henry – who went 45th – might be the smart move. Michael Thomas and Tyler Boyd went in the 2nd. The team clearly wanted WR help, but from our current vantage point we can see that Diggs and Adam Thielen will turn out just fine as a top two. For this reason, I’m rolling with Chris Jones, who was chosen 37th. That means that the Vikings could put a Hunter-Donald-Jones-Smith front four out there. The opposition’s offense would have essentially no chance.

Nothing to see here, folks. No first-round pick due to the Teddy Bridgewater injury and subsequent trade for Sam Bradford.

Similar to 2015, we could argue that the player who ought to have been chosen in Hughes’s slot – 30th – actually ended up on the Vikings roster anyhow: Brian O’Neill. Part of what makes this complicated is that the Vikings have just signed Kirk Cousins to that massive deal. Lamar Jackson – a league MVP – goes 32nd. In many ways, he’s the obvious selection, though I’m doing my utmost to work within reality (apart from changing the first-round selections, of course). At the time, Minnesota believed they found their QB solution, so I’ll avoid Jackson. There are some injury concerns for Davis, but he’s a long-and-strong corner who would be the team’s CB1 right now. He was picked 63rd.

OK, so I’m at the final pick and haven’t gone offense once. In fairness, the Vikings’ first pick in 2017 was Dalvin Cook, a second rounder who has been the centerpiece of the offense since being chosen (when healthy). With the final choice in the re-draft, I’ll snag Deebo Samuel, one of the best players in the NFL. Fans of the OL might be interested to know that Elgton Jenkins went 44th, so he’d also make a lot of sense.

2014 to 2019 involved the Vikings taking five first-round picks. Barr, Waynes, Treadwell, Hughes, and Bradbury were the choices. We can look back and see that the Vikings could have instead had Donald, Smith, Jones, Davis, and Samuel. In effect, Minnesota would have had the most formidable defensive line in the NFL by a wide margin. Adding Samuel to the offense would have made life next to impossible for opposing secondaries.

In many ways, this exercise is completely unfair. No one can predict the future, so we can’t really fault Minnesota for not putting together perfect first rounds. Nevertheless, it’d be fair to say that GMs, scouts, and coaches are in those positions because they’re supposed to have insight that others don’t have. So, there’s a balance here. Expecting perfection is ridiculous; hoping for more than what Minnesota got from their actual first-rounds picks is reasonable.

Did the Vikings Just Play the Craziest 2-Week Swing in History?

The Vikings 2022 Offense by the Numbers: After Week 15