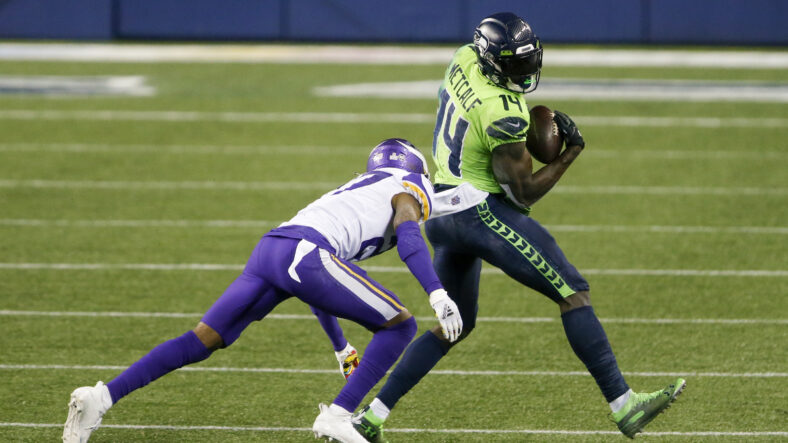 On the road in the last 13 years, the Minnesota Vikings have not taken care of business — at all — on Monday Night Football unless the opponent is named ‘the Chicago Bears.’

Since 2009, the Vikings are 3-8 in road Monday night games, with all three victories occurring at Soldier Field.

From the middle of the Brad Childress era, on to Leslie Frazier, and for all of the Mike Zimmer experiment, Minnesota did not win road games on Mondays except if the Bears were involved. Plain and simple. The facts are irrefutable.

Since 2009, this is the unpalatable history of the Vikings on Monday Night Football via away games:

The last time the Vikings one such a game was in 2008, defeating the New Orleans Saints, 30-27. Gus Frerotte was the quarterback. For perspective, current head coach was Kevin O’Connell was 23 years old and a rookie with the Patriots.

Thankfully for the Vikings, none of this quasi-misery has to persist. They can change their fate at any time, particularly by ratting off victorious road Monday nighters in succession. And it can start with one victory, perhaps at the Philadelphia Eagles on Monday. Minnesota travels to Philadelphia in five days as underdogs to take on Jalen Hurts’ Eagles. Philadelphia is favored by 2.5 points.

Conversely, the Eagles are quite good at home on Monday nights. They’ve won six of their last eight home games on Mondays, dating back to 2014. With a hodgepodge of quarterbacks, from Mark Sanchez, and Sam Bradford, to Carson Wentz, Philadelphia finds a way to win at home on Mondays.

Minnesota has momentum, though. Kevin O’Connell defeated the Green Bay Packers in his first career game as head coach last weekend, shutting down Green Bay’s, well, everything 23-7 to start the 2022 season. National opinion of the Vikings soared after the triumph, careening a generalized 18th-best-in-the-league power ranking to ninth-best in 24 hours.

You’ll find out just how different the O’Connell Vikings can be based on the Monday night performance, as the recent history on Monday night, especially on the road, is dubious.

Per PFF, the Vikings Top Players from Best to Worst: After Week 10

Teddy Bridgewater to Back Up Rookie Skylar Thompson