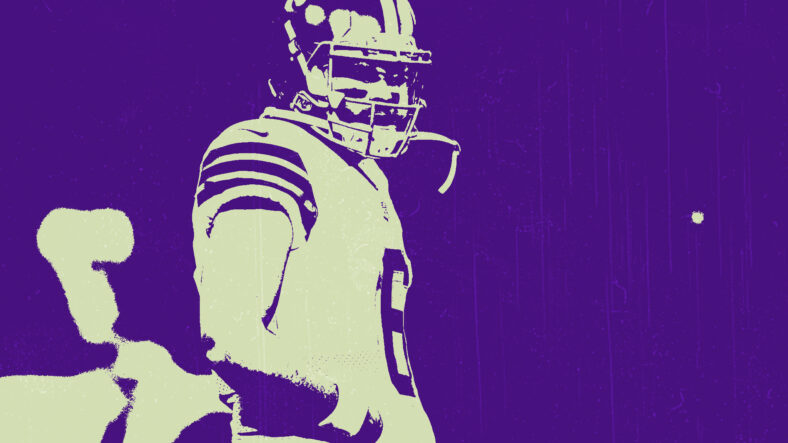 Late last week, ESPN released an analysis detailing possible landing spots for Cleveland Browns quarterback Baker Mayfield. The Minnesota Vikings, a team that employs an expensive passer in Kirk Cousins, strangely made the list, along with the Detroit Lions and New Orleans Saints. And, of course, Vikings media entities ran with the possibility of adding Mayfield in a what-if capacity.

Mayfield is an NFL refugee for now as the Browns traded a king’s ransom for the services of embattled quarterback Deshaun Watson. Cleveland guaranteed $230 million to Watson — yes, $230 million — to a player facing 25+ allegations of sexual impropriety.

While Browns fans wrestle with the morality of the signing, Mayfield lives on a bizarre island where no team right now evidently wants him. And about a year and a half ago, Mayfield led the Browns to their first playoff triumph since 1994.

Dan Graziano, who authored the Mayfield piece, added the Vikings to the list of Mayfield destinations. Whether Kwesi Adofo-Mensah would trade for the 27-year-old or sign him next year is open for interpretation.

But the Mayfield-to-Vikings hubbub ignores two principal tenets involving the Vikings and the NFL on the whole.

The Vikings are already skewered by some for paying Cousins $35 million per season. For the Graziano idea to actionize — at least the trade part of it — Minnesota would willfully increase the dollars it spends at quarterback, totaling $53.8 million in 2022. So, like — no. It doesn’t make sense.

Mayfield will make $18.85 million from somebody in 2022, probably Cleveland, if Andrew Berry finds no trade dance partners. Newsflash — the Vikings aren’t going to allot $53.8 million to the quarterback position.

Why? a) Because it’s dumb. b) They simply cannot. The Vikings don’t have $18.85 million laying around to acquire Mayfield. Adofo-Mensah would have to restructure folks’ contracts out the wazoo to add Mayfield.

Why Not Wait until Mayfield Is a FA?

Listen, Mayfield will be an unrestricted free agent in March of 2023. Should the Vikings give up trade assets — probably draft capital — for a possible QB1 of the future who’s never had a season as productive as Cousins? No, not by a longshot.

If, indeed, Adofo-Mensah has an eye on Mayfield — they worked together in Cleveland for two seasons — he can sign the man outright after he learns if the Cousins and Kevin O’Connell experiment worked in 2022.

While it’s odd that Mayfield has no current suitors, his eventual anyone-can-sign-me trajectory is likely why teams aren’t banging down the door for a trade. At a price of the team’s choosing, Mayfield can be signed hassle-free in nine months.

Don’t bank on any of this Mayfield-to-Minnesota stuff coming to fruition, especially not this summer.

Bitcoin (BTC) Dormancy Flow Indicator at Lowest Since 2010: Why Is This Crucial for Crypto?

A Look Back at Antoine Winfield Nearly Became a Jet

Randy Moss No Longer on Tap for Monday Night Football

Guess Who’s Back, Back Again – at Practice.