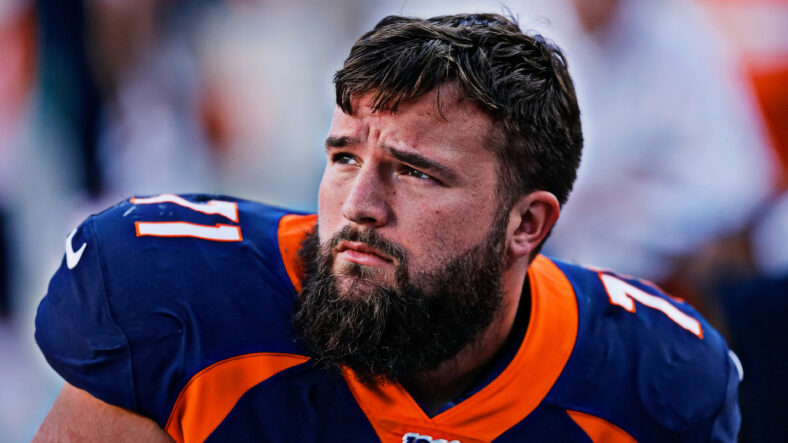 Merchants of a losing preseason record to date, the Minnesota Vikings will hope to learn more about their roster on Saturday, with just days to go before finalizing a regular season depth chart.

The Vikings take on the Denver Broncos at Empower Field at Mile High on Saturday night.

Accordingly, these are the four big storylines, for the Vikings sake, to monitor in the contest.

We reached the point in the summer where credible Vikings-themed voices all but consider Kellen Mond a roster cut. Oh, how the sort-of-mighty have fallen.

Bum around the internet for a few minutes looking at Vikings roster projections, and you will find the theory of Minnesota keeping two quarterbacks on the regular season roster. Neither has the last name Mond.

It is unclear if Mond could “save” his QB2 job with an otherworldly performance against the Broncos. But a stinker — likely he dropped versus the San Francisco 49ers — might cause his cliff-dive from the Vikings long-term plans.

Mond has Nick Mullens, who the Vikings traded for on Monday, to fear. The Mullens trade felt like a direct response to Mond’s lackluster performance at U.S. Bank Stadium, even though the Vikings coaching staff insists the QB2 is still ongoing.

Austin Schlottmann looked like Dermontti Dawson against the aforementioned 49ers. But does that matter?

Probably not, as the Vikings seem [weirdly] steadfast about a possible career renaissance from Garrett Bradbury. However, there is a tangible chance that Bradbury will struggle to start the season. Then what?

A solid follow-up performance from Schlottmann could nominate him, not Chris Reed, for the starting center gig if Bradbury is naughty. The Vikings didn’t explore JC Tretter this offseason via free agency — yes, Tretter admitted that he personally wanted to play for Minnesota — so it’s Bradbury or a contingency plan in 2022.

If no trades are made between now and Week 1, Schlottmann may be the primary Plan B if he has a commendable showing at Denver.

Now, though, Nailor is fighting to make the 53-man roster, battling other young WRs like Myron Mitchell and Trishton Jackson. While Nailor, Mitchell, and Jackson have played well in spots during training camp and preseason, none have grabbed a roster spot by the ears.

Perhaps one makes strides against the Broncos to secure a WR6 job. Betting money would likely be on Nailor because of his draft stock (6th Round) and newness. Vikings general manager Kwesi Adofo-Mensah drafted Nailor four months ago.

It would seem odd to kick him out so soon.

Don’t look now, but DT T.Y. McGill emerged from the abyss of camp-body chatter to all but secure a job this September. That’s fine and dandy, yet it could mean a young defensive lineman like Jaylen Twyman, Esezi Otomewo, or Luiji Vilain is the fall guy.

In varying degrees of volume, Vikings fans have chirped for months about the upsides of Twyman, Otomewo, and Vilain. The rubber hits the road next week when some or all will be released — or land on the practice squad.

Like Nailor, Mitchell, or Jackson at WR, one of the young defensive linemen could use the Broncos showdown as a chance to shine.

How Long until Vikings Ixnay Turf?

Vikings Did the NBA 2K Meme

The Schedule Detail that Bodes Well for The Vikings