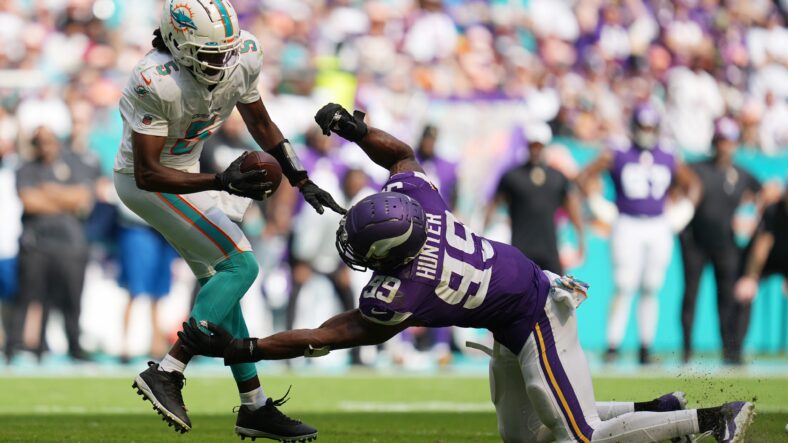 The Vikings defeated the Miami Dolphins last weekend, 24-16, with a win that secured the team a two-game lead atop the NFC North. Minnesota’s offense was chilly early on, but thankfully for the team’s sake, the defense displayed its best game of 2022. All told, Ed Donatell’s defense forced three turnovers while allowing just 16 points.

Per EPA/Play, the Vikings own the NFL’s 14th-best offense and 13th-best defense after Week 6. Somehow via that efficiency metric, Minnesota’s defense has climbed 10 spots in two weeks, thanks to commendable showings against the Bears and Dolphins.

These are the Vikings weekly power rankings heading into Week 7.

The national average of these totals is 5.0. The world believes the Vikings are about the NFL’s 5th-best team. Last week, Minnesota was around the 8th.

Nate Davis from USA Today wrote about the current state of the Vikings, “They’re one of only four teams with five wins, flimsy as their record might feel. Winners of four straight, none by more than one score, Minnesota players best avoid getting big heads heading into their bye.”

The Vikings are one-point favorites to beat the Cardinals at U.S. Bank Stadium in Week 8 (two weeks from now).

Being a Good Leader Means Knowing When to Ask For Help

The NFL’s Top QBs after Week 12