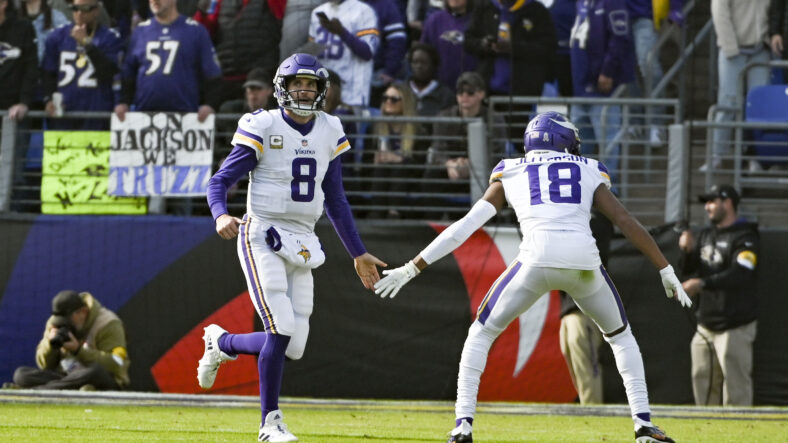 Justin Jefferson is one of the brightest stars in the sport. He is arguably the best receiver in football, yet his salary is about 10% of Tyreek Hill’s. He is in line for a big extension next offseason and can probably reset the market if he wants. In this offseason, the first of Vikings general manager Kwesi Adofo-Mensah, Jefferson earned money without doing anything.

Multiple big-name receivers have signed new deals in the offseason. They all have one thing in common: Their salaries are high. The more they get, the more will ‘JJ’ get next year. A receiver as good as he is and as young as he is hasn’t hit the open market in a long time (if a player like this even existed).

The $1 billion is exaggerated, but he’ll get a lot. Tyreek Hill reset the WR market with a 4-year $120 million extension after his trade to the Miami Dolphins. Davante Adams was traded from the Packers to the Raiders. He’ll get $142 million for five seasons and gets to play with his college quarterback, Derek Carr.

Cooper Kupp, the only receiver with more yards than Jefferson in 2021, signed a 3-year extension with the Rams and got $80.1 million. The full list of top receivers to sign a new deal in the 2022 offseason:

Nobody Is as Productive as Jefferson

All of those players deserve their extensions after multiple years of excellent play. However, nobody recorded more receiving yards since he came into the league in 2020 than Jefferson. His 3,016 yards are the most of any player in NFL history in his two first professional seasons. His 17 touchdowns rank him in the top-10 in that timeframe, despite playing with the elite red-zone threat, Adam Thielen.

He also did all of this in a run-first team in Minnesota. The defensive-minded head coach Mike Zimmer tried to run the football as much as possible. Now with the offensive mind Kevin O’Connell calling the shots, the team is expected to pass more. The combination of Cousins and Jefferson could even be more prolific in year three of their partnership after 1,400 yards in the first year and 1,616 yards in the second.

Currently, the $30 million per year of Tyreek Hill leads the wideout market in annual salary, and Jefferson has the accolades and the production to demand more than that. However, he could take less to help the team keep cap flexibility and allow the Vikings to extend players or sign free agents.

But nobody should be surprised if he signs for more than $30 million per season and becomes the highest non-quarterback in NFL history. The organization should give him whatever he wants to keep the face of the franchise in Minnesota. Jefferson is under contract for two more seasons. Additionally, the team could use the fifth-year option. The receiver would probably prefer the extension, as players don´t like to play on contracts without much security.