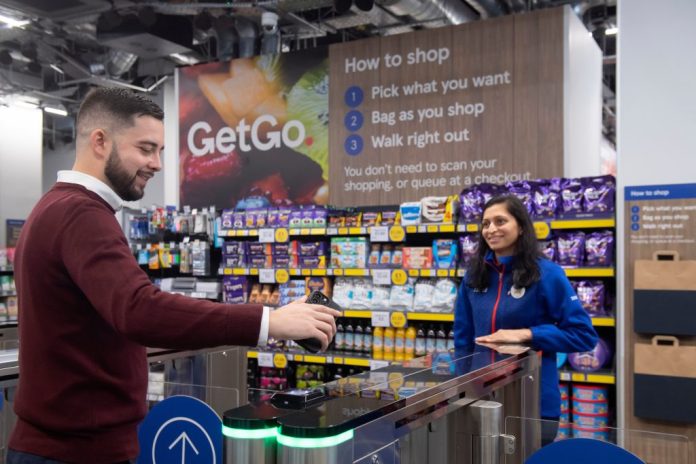 Tesco is stripping out the majority of manned checkouts from many of its larger stores as it moves towards a greater focus on self-service checkouts.

The UK’s biggest supermarket said it would begin reducing the number of traditional manned checkouts available in-store due to a “lack of customer demand”.

It said that trials of the larger self-checkout areas – specifically designed for trolleys rather than baskets – had proved successful.

The bagging areas in the new self-service checkouts are three times longer than standard sizes, meaning that six bags can be packed at once.

A Tesco spokeswoman told The Grocer: “We are proud to offer customers choice when it comes to checkouts, and after successful trials we are introducing new trolley-accessible self-service checkouts in some of our stores, which have more room and are easier to use for larger shops,”

“Our colleagues and the friendly service they provide are absolutely vital to our stores – they will always be on hand to help our customers, and will continue to operate attended checkouts so that customers can choose the option they prefer.”

Grocery Insight chief executive Steve Dresser told The Grocer the move was in-line with an increasing trend for moving to focus on self-service checkouts.

“[Supermarkets] are moving to dedicated checkouts rather than empty manned checkouts, which naturally are linked to the hours given to the front end,” he said.

“Of course, there are savings to be made losing the manned checkouts, but the reality is, you rarely see checkouts open these days en masse anyway, so it’s underutilised space.

“It’s not always positive for customers, however, as some may feel forced into self-service options.”

While a number of staffed checkouts will remain in place, the move will see a significant change in store layout which some experts believe will allow Tesco to capitalise on the space left by the tills.

Speaking to The Grocer, IGD insights analyst Bryan Roberts said the move would allow Tesco to use the space for seasonal sales or other promotions. He also suggested that larger Tesco stores could use the opportunity to open up different areas of the store as they move to become HFSS-compliant.

The move follows a recent Change.org petition calling for Tesco to dial back its self-checkout areas – will also allow Tesco to save on staff costs.

Set your eCommerce business up for success

UK economy rebounds in May despite cost-of-living crisis