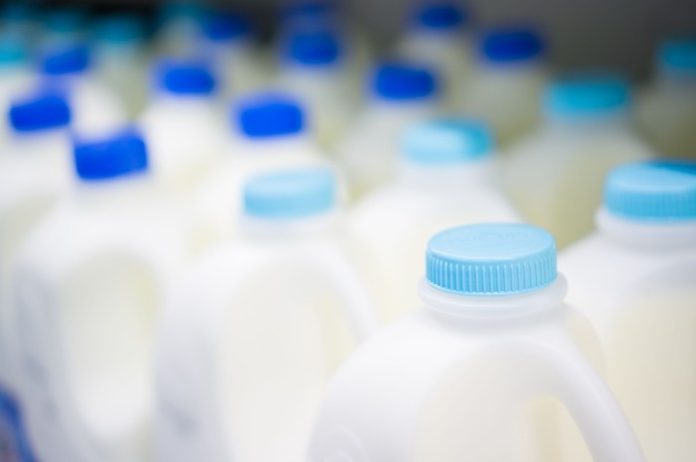 Tesco and Sainsbury’s have responded to the cost of production crisis with further milk price increases.

The move comes after increased farmer unrest that supermarket-aligned milk pools are not keeping up with market averages.

The two supermarkets have introduced big farmgate milk price hikes – raising the amount they pay for their milk to 46p per litre from July 1.

Tesco and Sainsbury’s have been criticised by the dairy farming community over the perceived failure of their aligned milk contracts to keep up with increasing farmgate prices.

Many farmers have been looking to resign from aligned pools in order to sell their milk for a higher price on the open market.

A significant proportion of farmers supplying both Tesco and Sainsbury’s have already resigned from their respective supply pools this year.

But in response to the ongoing volatility in the dairy sector, Tesco said on Friday that the pool of more than 500 British dairy farmers in its Tesco Sustainable Dairy Group would see their milk price increase from 41.59ppl in June to 46ppl in July.

Four pints of milk up to 17% more expensive since start of the year. The retailer said it hoped the increase would “help to address the current unprecedented levels of on-farm inflation”, with the latest move following a near 20% increase earlier this year, Tesco pointed out.

Sainsbury’s introduced its own price hike, from 41.7ppl in June to 46ppl for July, using what a spokeswoman called a “temporary booster payment”.

The payment is part of a further update to the SDDG, which now sees it review its milk price and the cost of production on a monthly basis. Sainsbury’s said it would also evaluate the need for further booster payments every month for the foreseeable future.

“We remain in close contact with our farmers and continue to support them through the unprecedented cost pressures they are facing,” Sainsbury’s said.

“We have updated the payment model for our farmers this year so that we review the price we pay for our milk on a monthly basis, based on both the current and forecast costs we believe they will incur.”

Much ado about marketplaces: are they the future of ecommerce?

A sneak peek at our eCommerce speaker line-up