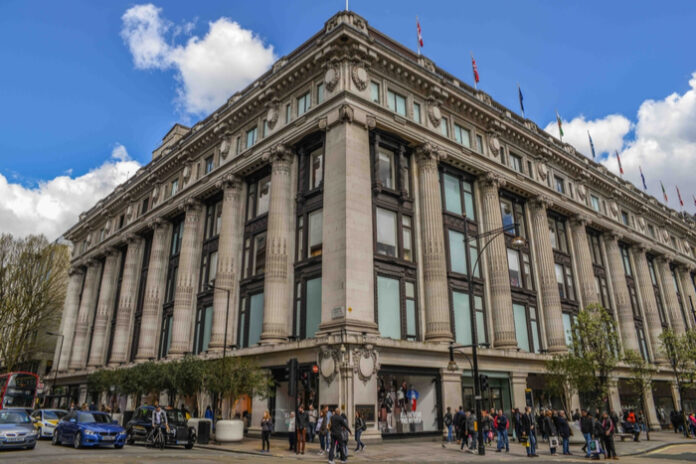 Selfridges has announced all its stores will be closed today following the death of Queen Elizabeth II who passed away “peacefully” at Balmoral last night.

The department store retailer led tributes to the Queen as the business said it would not open its doors on September 9.

The company closed early on Thursday and said it would remain closed all day Friday before reopening at the weekend.

A statement from the luxury business read: “It is with deep sorrow that we acknowledge the passing of Her Majesty, Queen Elizabeth II. Queen Elizabeth has been a reassuring constant throughout our lives, ascending to the throne on 6 February 1952, making her the longest-reigning monarch in British history.

“Over the past 70 years, her Majesty has been dedicated to the service of our country and the Commonwealth, demonstrating an enormous sense of duty and commitment. Our thoughts are very much with the Royal Family at this time, as the country comes together to pay tribute and remember Queen Elizabeth II.”

It comes as some of the UK’s biggest retailers, including Marks & Spencer and Harrods, pay tribute following the 96-year-old monarch’s death.

Marks & Spencer tweeted: “We’re deeply saddened to hear of the passing of Her Majesty The Queen. She’s led for over 70 years with quiet determination and selfless devotion.

M&S chief executive Stuart Machin described the Queen as “our nation’s strength and stay. Our rock.”

John Lewis and Waitrose both tweeted: “We are deeply saddened by the death of Her Majesty The Queen. She faithfully served the nation as our sovereign during her long, happy and glorious reign. We extend our heartfelt sympathy to the Royal Family.”

Tesco tweeted: “We are deeply saddened by the death of Her Majesty The Queen. Our thoughts and condolences are with the Royal Family, as we mourn the loss of our longest-serving British monarch. We are indebted to her dedicated service to this country.”