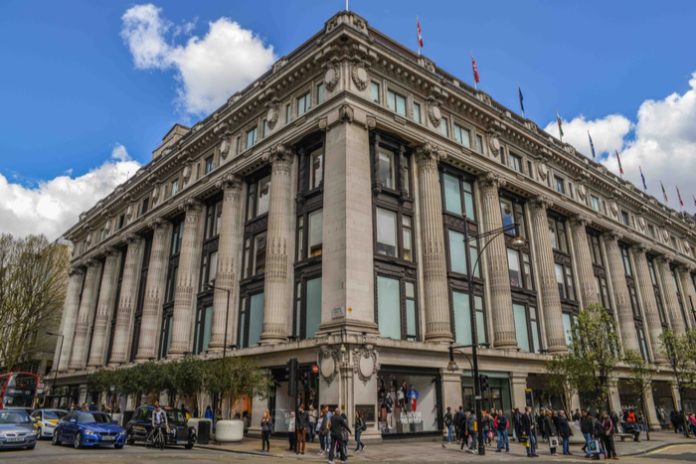 Selfridges owners are targeting regional cities, which could lead to the luxury retailer’s first new UK stores in 20 years.

The department store group was officially acquired by Central Group Europe and Signa Holding last month from the Weston family for £4 billion, following an announcement in December 2021.

It currently operates from London’s Oxford Street, plus one store in Birmingham and two in Manchester.

“Our strategy is not to stay only in capital cities with stores of 20, 30 or 50,000 square metres, but also to be present in second-tier cities or even small cities like St Gallen in Switzerland,” Central Group Europe CEO Stefano Della Valle said.

“We don’t have any plans as of today for new stores in the UK, but we are always alive to opportunities, like we were in Germany,” Della Valle said.

The venture is working on a new store in Germany’s Düsseldorf to complement KaDeWe in Berlin and Oberpollinger in Munich, Financial Times reported.

“We think we are the only viable solution for luxury brands in terms of distribution, so we are interested in being present not only in capital cities but in regional cities,” Della Valle said.

“Yes, we have these problems right now, but I’m pretty sure London will remain one of the great centres of the world as it has been for centuries,” Della Valle said.

A priority for the venture is the refurbishment of the Oxford Street food hall, which could take two to three years.

Managers are also considering options for the former hotel and car park behind Selfridges’ vast main store building, which form part of the property but have remained largely unused since the hotel closed in 2008.

Signa executive chair, Dieter Berninghaus said the goal of any refurbishment would be to “upgrade the whole area of Oxford Street to make it more vibrant, more exciting and more diverse than it is now”.

“We need a good understanding not only of the building but of the whole environment . . . how will this area develop, what is the best concept over 10, 20 or 30 years?,” he said.

THG explores sale of Cheshire offices after shares down 95%