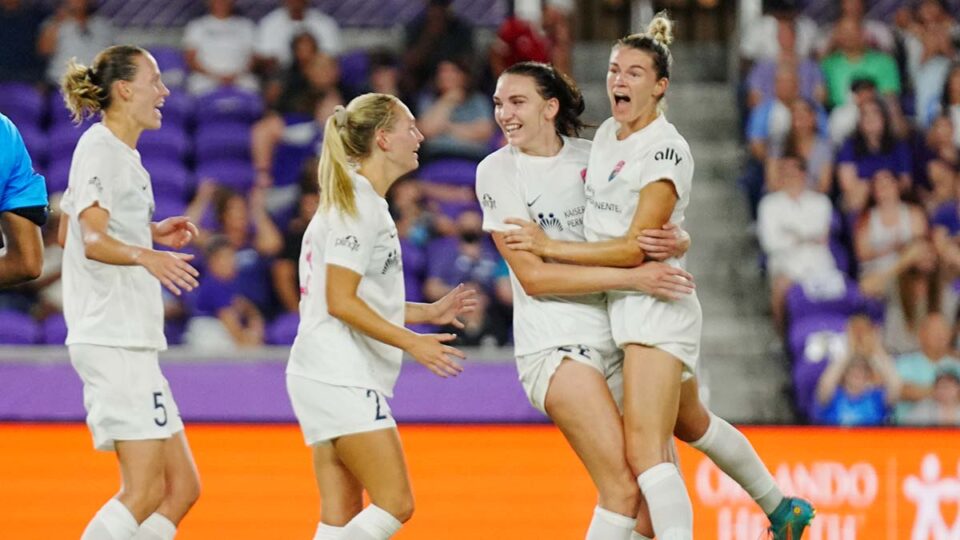 San Diego Wave Fútbol Club clinched a spot in the National Women’s Soccer League playoffs Sunday after a comeback in the second half against host Orlando Pride.

With the 2-2 draw, San Diego Wave FC (10-6-4, W-L-D) became the first league expansion team to earn a playoff berth in its inaugural season.

“It was an incredible comeback,” said Wave head coach Casey Stoney. “Yet again, players that came on, the game changers made an immense difference, so I’m massively proud of them.”

The Pride (5-9-6) scored the first two goals, starting in the 33rd minute, with Meggie Dougherty Howard finding space to Wave goalkeeper Kailen Sheridan’s right. Orlando then doubled its score in the 68th minute by a header by Gunny Jónsdóttir off a cross into the box.

Wave battled through both halves to get on the board, with Sofia Jakobsson and Katie Johnson bringing two of the night’s best chances. Finally, Makenzy Doniak kept the fight alive for San Diego, scoring her third goal of the season in the 76th minute.

After receiving the ball off a cross from Kelsey Turnbow, Doniak headed a shot into the net from the center of the box.

“Not our best performance, but I think that we were able to grind out a point and clinch the playoffs is huge,” Doniak said after the match. “We’re just taking that momentum into the next game and learning as we go.”

She added: “I think as a team, we’ve proven to ourselves that we might be new but the way we’ve created a great culture on this team and worked so hard. I think it’s just a testament of our hard work all season, and we’re not going to take our foot off the brake.”

An 87th-minute equalizer by Taylor Kornieck sealed a point and a playoff berth for San Diego as she scored against her former team following a set piece situation.

Center back and captain Abby Dahlkemper also reached a milestone — her 10,000th regular season minute in the NWSL. However, she left the match after an injury.

Despite clinching the playoff spot, Stoney was disappointed that the club got only one point rather than three that a victory would have brought. Kornieck also left the game after rolling her ankle.

“Alex was touch and go, and I didn’t want to risk her,” Stoney said when asked about her absence.

“Obviously, we wanted to better our performance from Angel City, and we didn’t really do that,” she said. “We need to improve before North Carolina, who are playing very well at the moment and have a big game with next Friday.”

Stoney explained: “Well, I’m a gay female, and I don’t feel welcome in this state (Florida). I think it was a stand for us as a club to stand up for certain policies so that all communities can feel safe in any state, which I wouldn’t want to raise my children here. So, it was something that we chose to do as a collective.”

With a playoff spot in hand, Wave FC returns home to Snapdragon Stadium on Friday, Sept. 30, to face-off against the North Carolina Courage. Tickets for San Diego’s final home match are on sale now at www.sandiegowavefc.com/tickets.